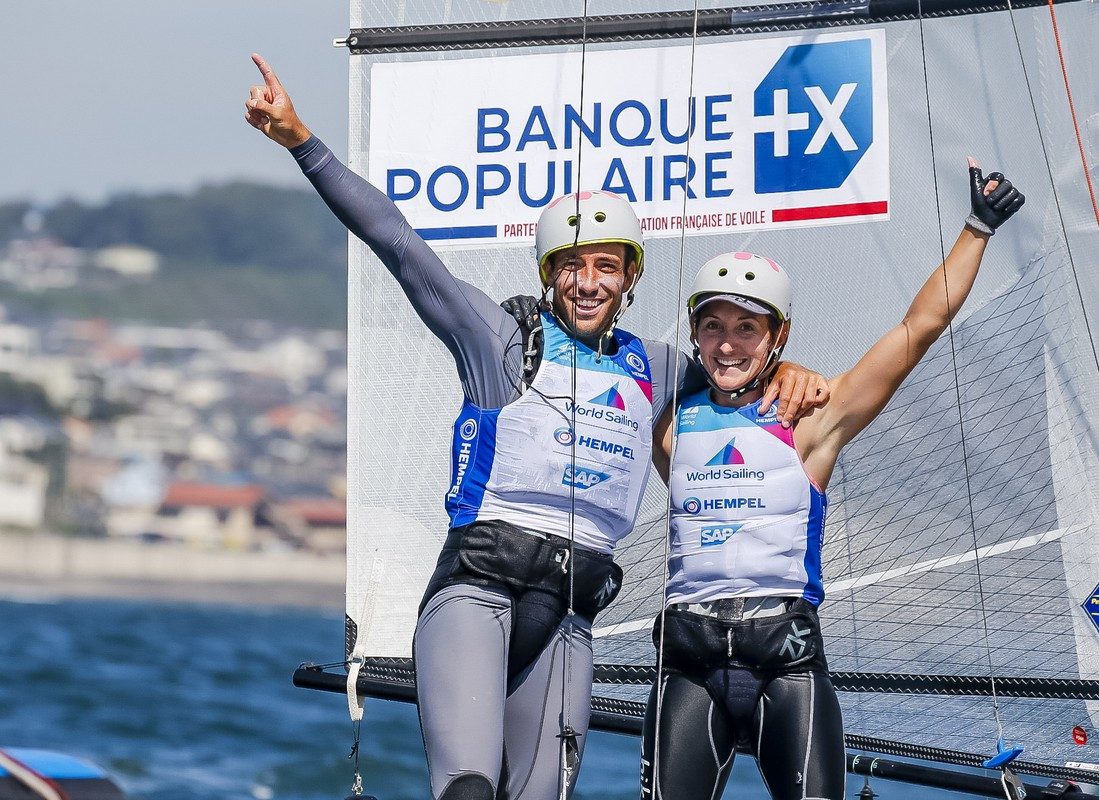 France's Quentin Delapierre and Manon Audinet rose from fifth to first place to win gold in the Nacra 17 event at the Sailing World Cup in Enoshima.

British duo Ben Saxton and Nicola Boniface led on 12 points going into the medal race, with Delapierre and Audinet eight points off the leaders.

But the French pair dominated, battling it out for first place with Italy's Ruggero Tita and Caterina Marianna Banti.

Delapierre and Audinet triumphed by four seconds, confirming the gold medal and consigning Saxton and Boniface, who came fifth in the medal race, to silver.

Tita and Banti's second-place finish was enough to give them bronze.

"It was so cool today," said Delapierre.

"This is unconventional for us because we've only sailed together for one year.

"It's a bit strange but a really good feeling.

"This morning we were seven points away from the lead so our focus was on winning the medal race and that's what we did."

They were in a comfortable gold medal position, but they've lost it!

There was more drama in the 49er, with Germany's Tim Fischer and Fabian Graf looking set to take gold with a comfortable nine-point lead.

They capsized during the final race, however, with Britain's James Peters and Fynn Sterritt claiming gold.

The unfortunate German pair had to make do with bronze, while silver went to Benjamin Bildstein and David Hussl of Austria.

Annemiek Bekkering and Annette Duetz of the Netherlands maintained their lead in the 49erFX to triumph overall.

New Zealand's Alex Maloney and Molly Meech were the silver medallists, while Julie Bossard and Aude Compan of France completed the podium.

Louis Giard of France was dominant in the men's RS:X, winning the medal race for gold.

The final gold medal of the day went to China's Yunxiu Lu in the women's RS:X.

She finished ahead of Israel's Katy Spychakov and Poland's Zofia Noceti Klepacka, who completed the podium.

The remaining medal races are, with action in the finn, laser, laser radial and 470 fleets.