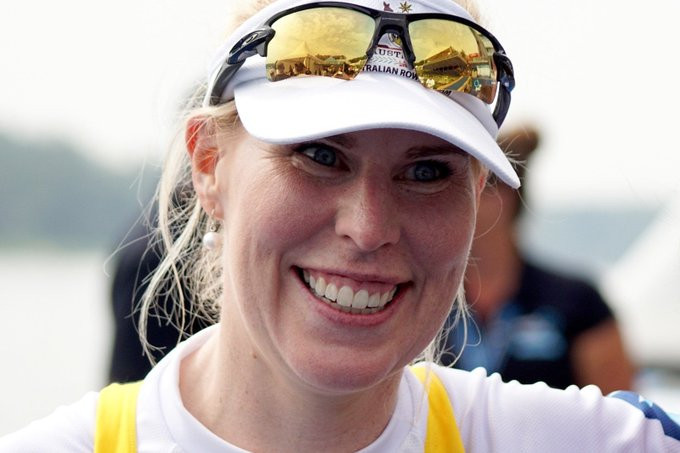 The Canadian duo crossed the line in 7min 16.420sec to edge out Australia's William Smith and Jed Altschwager in Linz-Ottensheim.

France's Jerome Hamelin and Laurent Viala came through to take the bronze medal.

"I think we had a big target on our backs after last year’s result," said Todd.

"I was in a cast until the day we left to come here, so it's been a pretty challenging year since 2018 World Championships."

Jaclyn Smith and Molly Moore of the United States defended their crown in a two-team PR3 women's final.

The American team clocked 8:06.510 to comfortably defeat only rivals Greta Muti and Maryam Afgei of Italy.

Kathryn Ross of Australia broke away from the rest of the field early in the women's PR2 single sculls, before enjoying a commanding victory.

Ross finished in 9:37.300, nearly 20 seconds faster than Annika van der Meer, as she marked her first appearance since the 2016 Paralympic Games in style.

"This is pretty special," said Ross.

"I took a break after 2016 and really had to re-evaluate starting again.

"But I have a coach who worked with me to make sure I was in the best shape possible."

Russia won the PR3 mixed double sculls final ahead of Austria and the US.