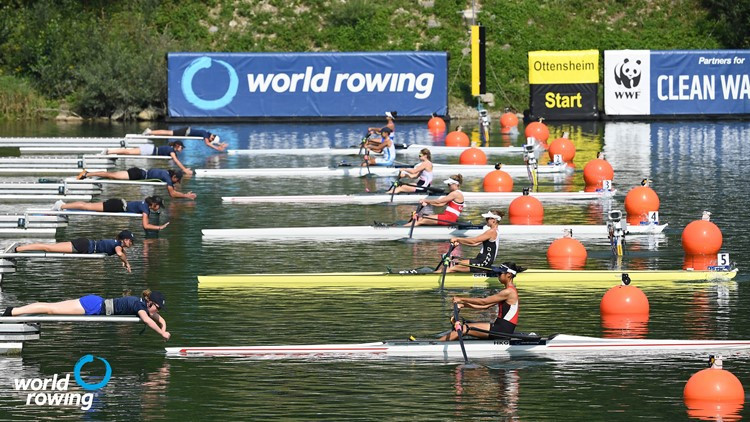 Caileigh Filmer and Hillary Janssens of Canada moved a step closer to defending their women's pair title as they qualified for the final - and next year's Olympic Games - at the World Rowing Championships in Austria.

The Canadian team, competing together for the first time this year after Filmer took time off from the sport, finished second behind Australia's Jessica Morrison and Annabelle McIntyre in the opening semi-final.

Morrison and McIntrye were in ominous form, clocking 6min 58.000sec to beat their Canadian rivals by two seconds.

Prendergast and Gowler, fastest in the world this year, crossed the line in 6:57.920.

They finished ahead of Americans Megan Kalmoe and Tracy Eisser, who were second in 7:01.780, while Kiri Tontodonati and Aisha Rocek of Italy did enough for third.

The six boats which booked a place in the final all secured a place at next year's Olympic Games in Tokyo.

Stefano Oppo - ITA LM2x
"That was so close, it was the most difficult race! But we are so happy to qualify the boat for Tokyo!"

Qualification for Tokyo 2020 was also on the line in the lightweight men's double sculls.

Italy's Stefano Oppo and Pietro Ruta recorded an almost identical time in the opening race as they triumphed in 6:13.300.

They will be joined by boats from Spain, Poland, Germany and Norway in the final.

Romania edged a hard-fought first men's four semi-final in 5:47.700, beating Britain by a slender margin to seal their final spot.

Italy were third, claiming the last available Olympic slot from the race.

The Australian team's time was bettered in the second race by the crew from the Netherlands, who clocked 6:22.780.

The first medals will be on offer tomorrow.