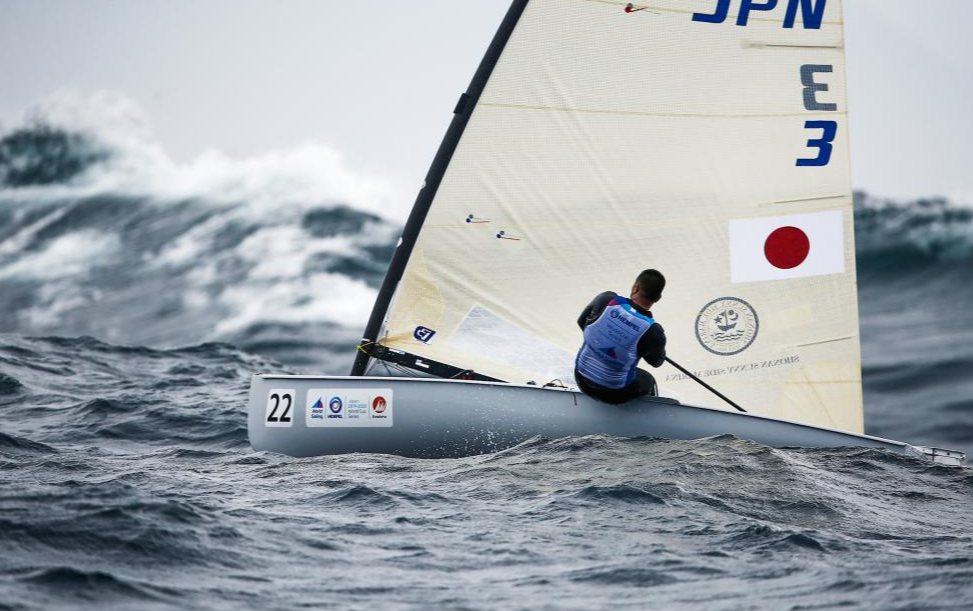 Racing was possible in only the finn and RS:X classes on day two of the Sailing World Cup in Enoshima as strong winds, rain and huge waves battered the Tokyo 2020 Olympic course.

Gusts of up to 30 knots and waves measuring 2.5 metres high forced the postponement of action in the seven remaining fleets at the opening event of the World Cup season.

Competition is taking place after the Tokyo 2020 Olympic test event concluded at the same venue last week, and sailors are getting a real taste of what it could be like at next year's Games.

Today's conditions were in complete contrast to the light breezes which curtailed part of the schedule yesterday.

In the finn, Spain's Joan Cardona Mendez won the sole race held and now leads overall on four points after his third from yesterday.

Dutchman Nicholas Heiner was second and also has four points after ending in the same position yesterday, but the Spaniard is on top due to his race victory.

Ioannis Mitakis of Greece was third and is in the same spot overall on nine points.

Yesterday's winner, Josip Olujic of Croatia, has slipped to fifth place on 14 points after ending in 13th place.

"We were the only class out there having fun.

"For sure conditions were tough and it was a great battle against the elements.

"You've got to have fun with a big smile on your face then you'll go better in these conditions rather than sitting afraid."

In the women's RS:X windsurfing, two races were held with China's Yunxiu Liu winning the first, en-route to the top of the leaderboard.

She was also fifth and sits top with 12 points, replacing her compatriot and day one leader Peina Chen who is third.

The Rio 2016 gold medallist ended second and third today and has 13 points.

"It was amazing racing, with a lot of rain," said Picon.

"Sometimes there was 10 knots with no planing and then it was up to 30 knots and a bit of a war.

"During the first upwind I only saw one sail up with everybody in the water.

"It was just a race fighting against yourself.

In the men's RS:X three races were possible and France's Louis Giard took advantage with a pair of wins to take over on top.

He also recorded a second place to position himself on 14 points.

Another Frenchman is second after Pierre Le Coq came home fifth, third and fifth to bring his points tally to 17.

Kun Bi of China was the other race winner and has 29 points in third after also coming home third and second.

Spain's day one leader Angel Granda-Roque ended 24th, ninth and 18th and has tumbled down to seventh spot on 41 points.

Extra races will be contested in the fleets where competition was postponed today.

The World Cup will run until Sunday (September 1).