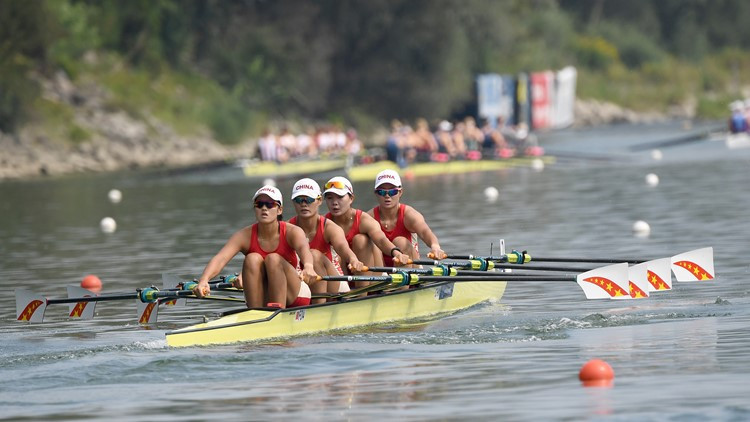 The Netherlands and China qualified the first boats for next year's Olympic Games in Tokyo, after winning their heats in the women's quadruple sculls at the World Rowing Championships in Austria.

The Dutch quartet won the first heat in Linz-Ottensheim in 6min 17.96sec to guarantee their place in the event at Tokyo 2020.

Poland were second, 0.79sec adrift of the Dutch crew, while Germany came through to take third.

New Zealand were second and Britain did enough for third.

The top three in each heat qualified for the final on Saturday (August 31).

Tight racing in the second heat of the men's eight! GBR and USA progress directly to the A-Final

World champions United States eased into the final of the women's eight after finishing the opening heat in 6:07.04.

The American crew were followed by Australia and Russia, second and third, respectively.

New Zealand recorded the fastest time across both heats, winning the second in 6:04.63 to beat Britain and China.

Germany, the reigning world champions, were among the four qualifiers for the final of the men's eight.

The German team triumphed in the opening heat in 5:30.28 and were followed into the final by Australia.

The event continues tomorrow with quarter-finals and semi-finals.