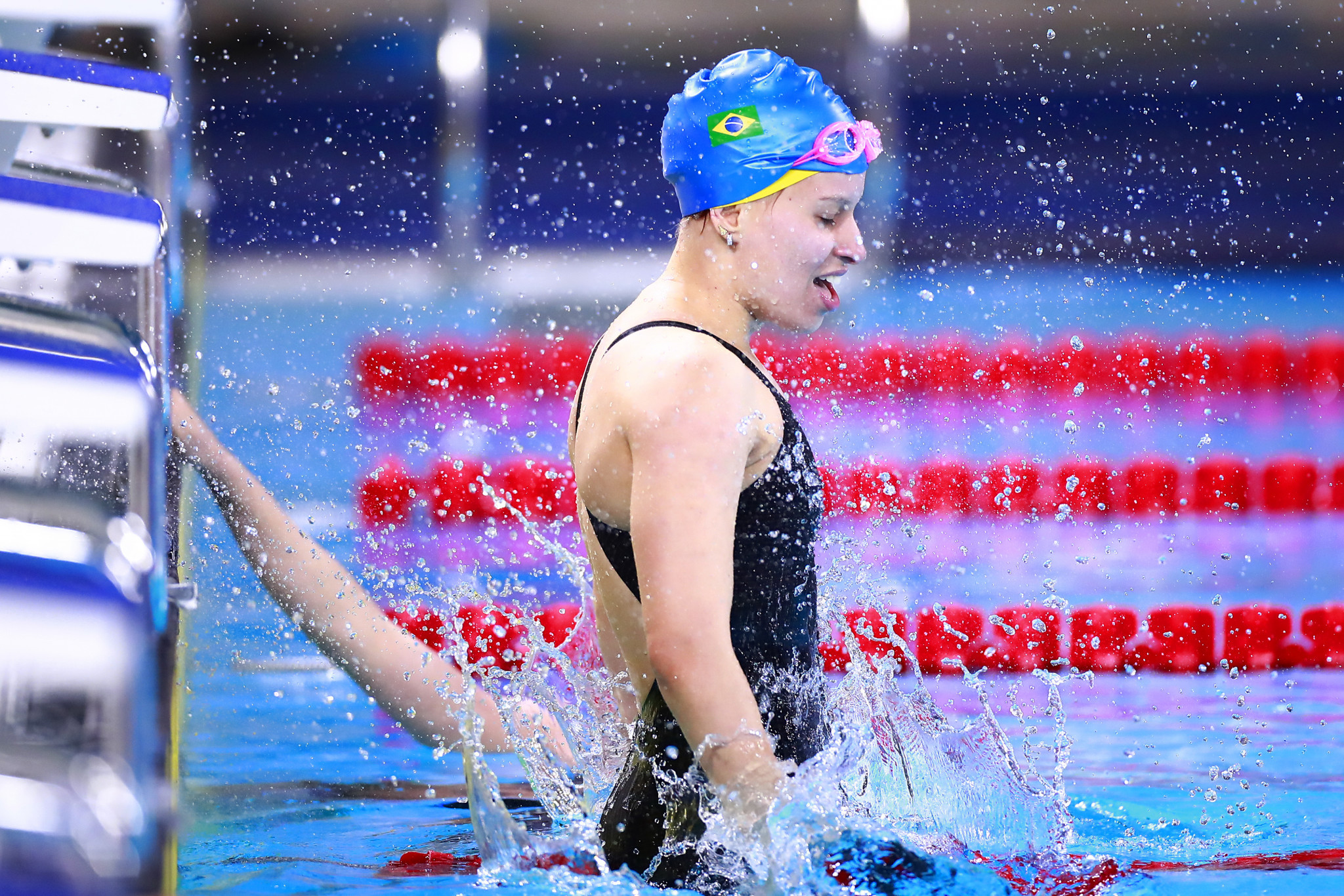 Brazil topped the podium in five swimming finals on the second day of the Lima 2019 Parapan American Games.

His compatriot Douglas Rocha Matera was behind him in 55.38, while Carson Sanocki of the United States was third in 57.53.

Daniel De Faria Dias then triumphed in the men's 50m backstroke S5 with 36.79, followed by Mexican Oscar Castro Resendiz in 45.56 and Colombia's Miguel Rincon Narvaez in 45.80.

Identical twin Beatriz Carneiro was behind her in 1:17.11, while Viviana Moraes Barreto of Venezuela was third with 1:28.57.

Compatriot Ruiter Goncalves Silva was the silver medallist with 1:04.86 while Argentinian Amilcar Guerra went home with bronze after finishing in 1:06.02.

Phelipe Melo Rodrigues rounded off Brazil's successful day in the pool with a 52.63 victory in the men's 100m freestyle S10.

Alessandro Da Silva set a Parapan American Games record to win the men's discus throw F11, managing a distance of 45.34m and smashing the previous record of 38.02m set by Jorge Godoy of Argentina in 2007.

Antonio Alexis Ortiz of Argentina was second with 30.97, while Edwin Rodriguez of Colombia was third in 30.24.

Fellow Brazilian Clelia Vitoria Rodrigues finished with silver in 4.15, while Argentina's Rosario Trinidad Coppola was given bronze for the same distance.

Gerardo Rodriguez of Cuba finished with silver while Harlley Pereira of Brazil and Antero Villalobos of hosts Peru received the bronze medals.

There was more joy for Mexico in the women's under-70kg, won by Lenia Ruvalcaba after she defeated Brazilian Alana Martins.

Christella Garcia of the US and Nadia Boggiano of Argentina completed the podium.

Lucia Araujo of Brazil was the gold medallist in the women's under-57kg, with Laura Gonzalez of Argentina the silver medallist.

Meg Rodrigues topped the podium again for Brazil in the women's over-70kg, defeating compatriot Rebeca Silva who claimed silver while Katie Davis of the US took bronze.

Bronze went to Rodolfo Ramirez of Argentina and Raul Ortiz of Mexico.