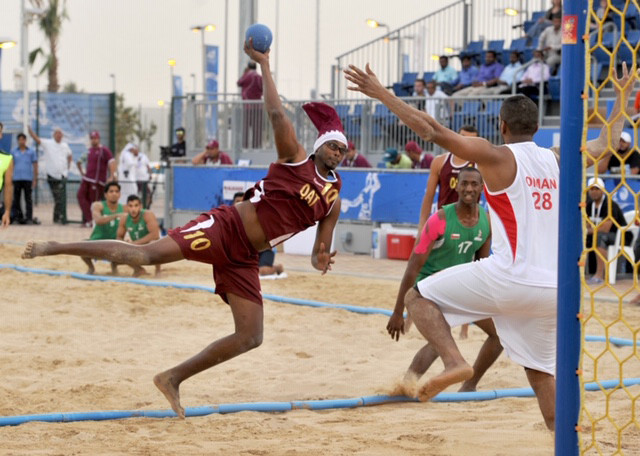 Qatar's athletes have begun "intensive" preparations as the Gulf country aims for a good showing at their home World Beach Games in October.

The Middle Eastern nation stepped in to host the inaugural edition of the Association of National Olympic Committees event at short notice in June after American city San Diego pulled out.

Organisers in California were unable to raise the funds necessary to stage the event and Qatar are now keen for sporting success on home soil.

"Most of the athletes are already in training camps and the national sports federations have developed detailed training programmes to prepare their athletes for the competition and ensure a very successful outing.

"Beach sports have witnessed a huge development in the country over the years with teams representing the country winning medals at major regional and international competitions."

More than 1,300 athletes are expected at the event from around 90 countries.

A total of 14 disciplines across 13 sports will be competed in during the Games.

The action will be split between the Katara and Al Gharafa beach venues in Doha.

"This poses a challenge for our athletes and that is why the federations, in cooperation with the QOC represented by the sports affairs department, have developed a detailed training programme to adequately prepare Team Qatar for this inaugural edition of the competition.

"We believe that the team will give their best and bring great glory and honour to the country.

"We are proud of our female athletes' participation in the Games, especially in swimming and tennis events in addition to the other sports where they will compete with the world's top athletes."