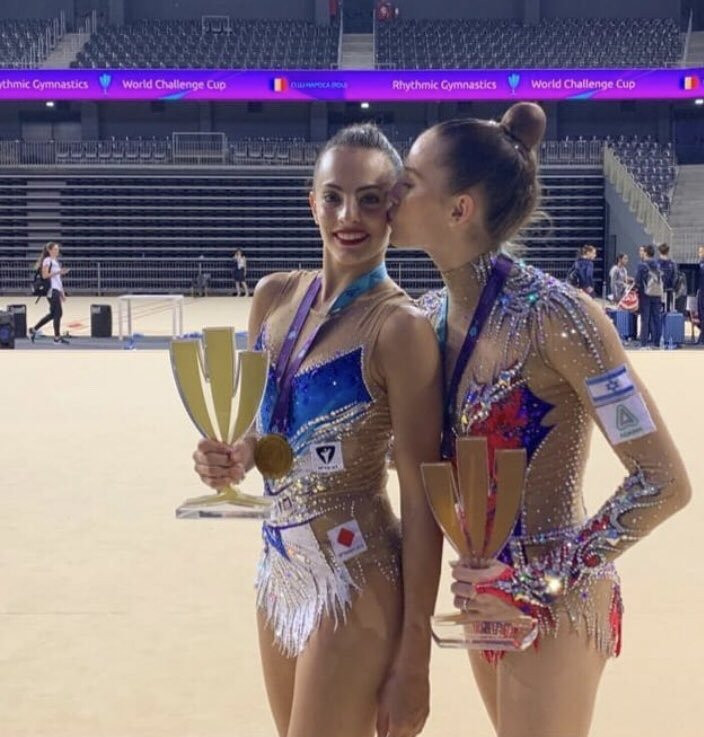 Ashram won bronze in the all-around event in Minsk just a week ago but put together the most consistent routines in the Romanian city to top the charts.

She topped the podium at the BT Arena with 88.850 points, a two-point improvement on her score from Minsk, while also claiming gold in the hoop and ribbon apparatus finals.

In the absence of the Averina twins, Dina and Arina, the Russians were represented by Ekaterina Selezneva.

Israel's success continued in Cluj with the all-around team title, having amassed 50.250 points.

Azerbaijan finished second on 49.850 as Ukraine earned the bronze medal with 47.950 points.

Ashram led Selezneva and Zelikman to win the hoop title with a score of 23.400 as Selezneva, on 23.050, and Zelikman, on 22.350, collected silver and bronze respectively.

It was gold for Ashram in the ribbon final as she scored 22.250 points, with compatriot Zelikman scoring 20.000 for another bronze medal.

Italian Alexandra Agiurgiuculese split the duo to claim silver on 20.600.

Selezneva led a Russian one-two in claiming the ball gold with 22.850.

Daria Trubnikova collected silver with 22.750 points as Zelikman secured a fourth bronze of the meet on 23.300 points.

The clubs final was won by Ukraine's Vlada Nikolchenko on 22.450 points.