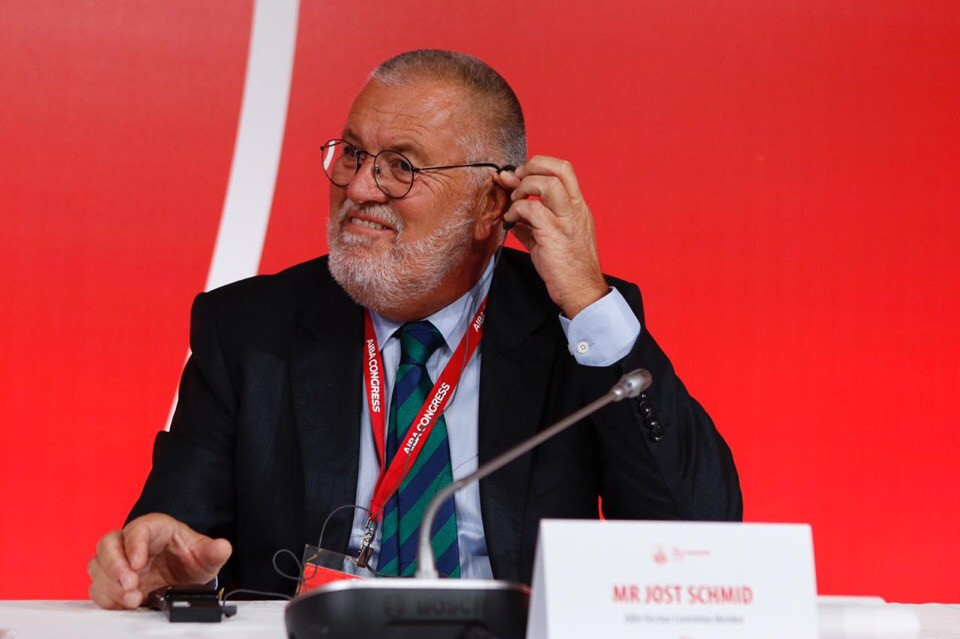 Jost Schmid has resigned as chairman of the International Boxing Association (AIBA), insidethegames can reveal.

A senior AIBA official confirmed to insidethegames that Schmid had informed the worldwide governing body of his decision on Wednesday (August 21).

Russian Kremlev and Ukrainian Prodyvus had been accused of breaching the ethics code and were subject to an investigation because of "alleged criminal convictions".

Kremlev, whose offer to personally write off the organisation's significant debt was a factor in the International Olympic Committee (IOC) suspending AIBA's recognition as the Olympic governing body for the sport, was facing additional charges after he accused former AIBA President Gafur Rakhimov of lying and "deceiving the entire boxing community".

But the AIBA Disciplinary Commission ruled the accusations had not met the burden of proof.

Kremlev and Prodyvus had tabled a motion of no confidence in Schmid during a fractious AIBA Executive Committee meeting in Geneva in June.

The Russian Boxing Federation secretary general had claimed Schmid was acting on orders of Rakhimov, who appointed him as chairman of the Ethics Commission.

Grueva also highlighted how the IOC Inquiry Commission report into AIBA, used as the basis for the decision to strip the embattled governing body of involvement in the boxing events at Tokyo 2020, had called the Ethics Commission's independence into doubt because the chairman was appointed by the President.

The reasons behind Schmid's decision to resign are not yet clear but the development nevertheless marks the latest episode in the AIBA crisis.

The identity of his replacement is also uncertain as AIBA's statutes dictate the Ethics Commission chairperson is selected by the President.

But the organisation does not have a figurehead after Mohamed Moustahsane resigned as Interim President earlier this month.

It is likely the Ethics Commission will be discussed when the Executive Committee is due to convene for an extraordinary meeting in Istanbul next Saturday (August 31).

The AIBA Executive Committee is due to elect a new Interim President and will also discuss a proposal to postpone the Extraordinary Congress in Lausanne, scheduled for November 15.