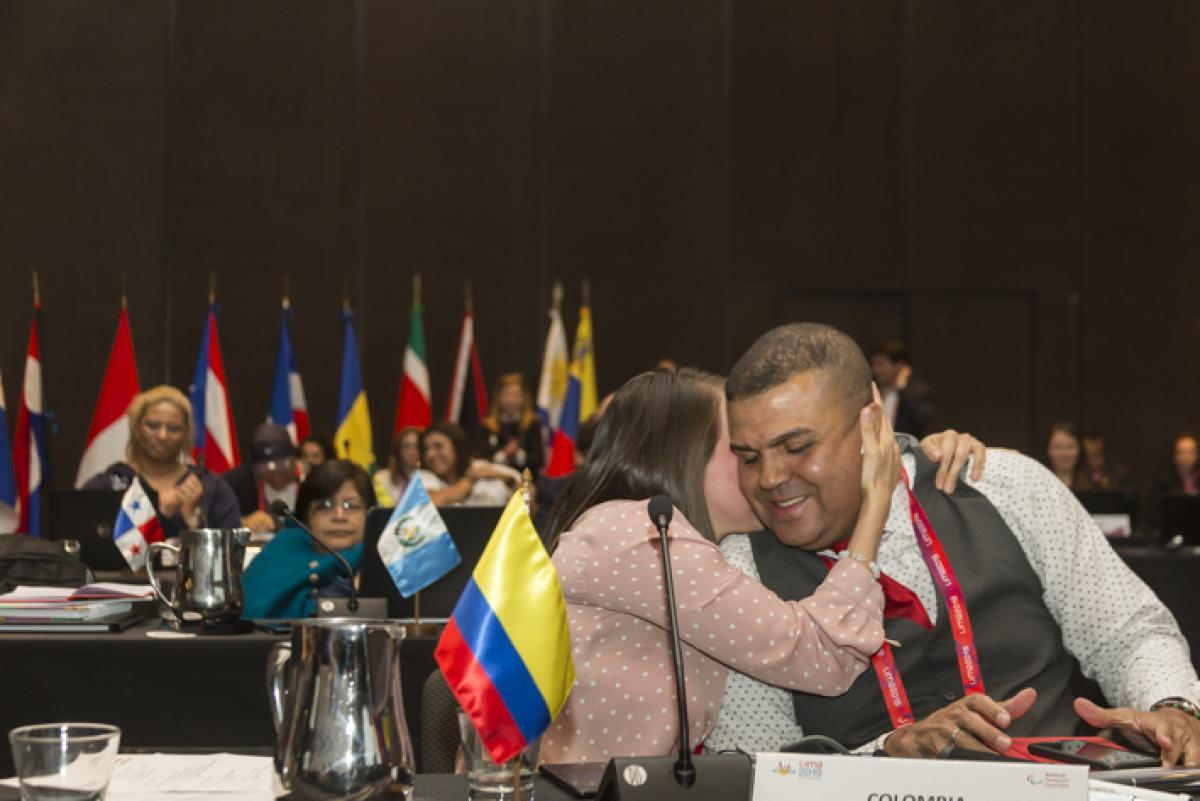 Americas Paralympic Committee (APC) President Julio Cesar Avila has thanked Lima 2019 for their efforts to ensure venues and facilities are accessible prior to the Parapan American Games.

Cesar Avila, who was elected APC President two days ago at the organisation's General Assembly, has praised Lima 2019's work and expects the continent to enjoy the multi-sport event.

"The Lima 2019 Organising Committee has worked hard to create accessible venues and all the facilities to make us feel at home in this great city," he said.

"During nine days, Lima, Peru and the whole continent will be amazed by what Para-athletes can do."

The APC event will officially begin today, with the Opening Ceremony at the Estadio Nacional in Peru's capital city.

Competition will take place until September 1.

Around 500 artists and volunteers will be part of the Ceremony, including 55 with disabilities, as the show examines Peruvian history and culture.

Hansel Cereza is the creative director and was previously responsible for the Opening Ceremony of the Barcelona 1992 Olympic Games.

"Para athletes have made me more compassionate and changed my mindset," said Cereza.

"The final goal is to change people's mindset with a show that treats everyone as equals."

Several flagbearers have been confirmed by their respective National Paralympic Committes.

Holloway was part of the gold medal-winning sitting volleyball team four years ago at Toronto 2015.

She was chosen for the role by fellow members of the US team.

"I just feel really honoured that the US delegation of athletes saw me as a person that would be representative of them," Holloway said.

"To hold the flag, with honour, for our whole entire US Paralympic delegation, is really special."

The 62-year-old will compete at her fourth Parapan American Games, with her previous appearances having yielded one gold, two silver and a bronze medal.

Her gold at Toronto 2015 qualified her for Rio 2016 Paralympics, where she just missed the podium with a fourth-place finish in her debut at the Games.

"I’m so excited to go into the stadium with the team. In my mind, I just want to show here how to play well, how to work hard, and that age is just a number," Chan said.

"This is a privilege, and I hope to have a good time, and I can show people that if I can do it, you can do it."

The first table tennis matches are already underway, prior to the official start of competition tomorrow.

A total of 1,850 athletes from 33 countries will be in action across 17 sports at the Games.