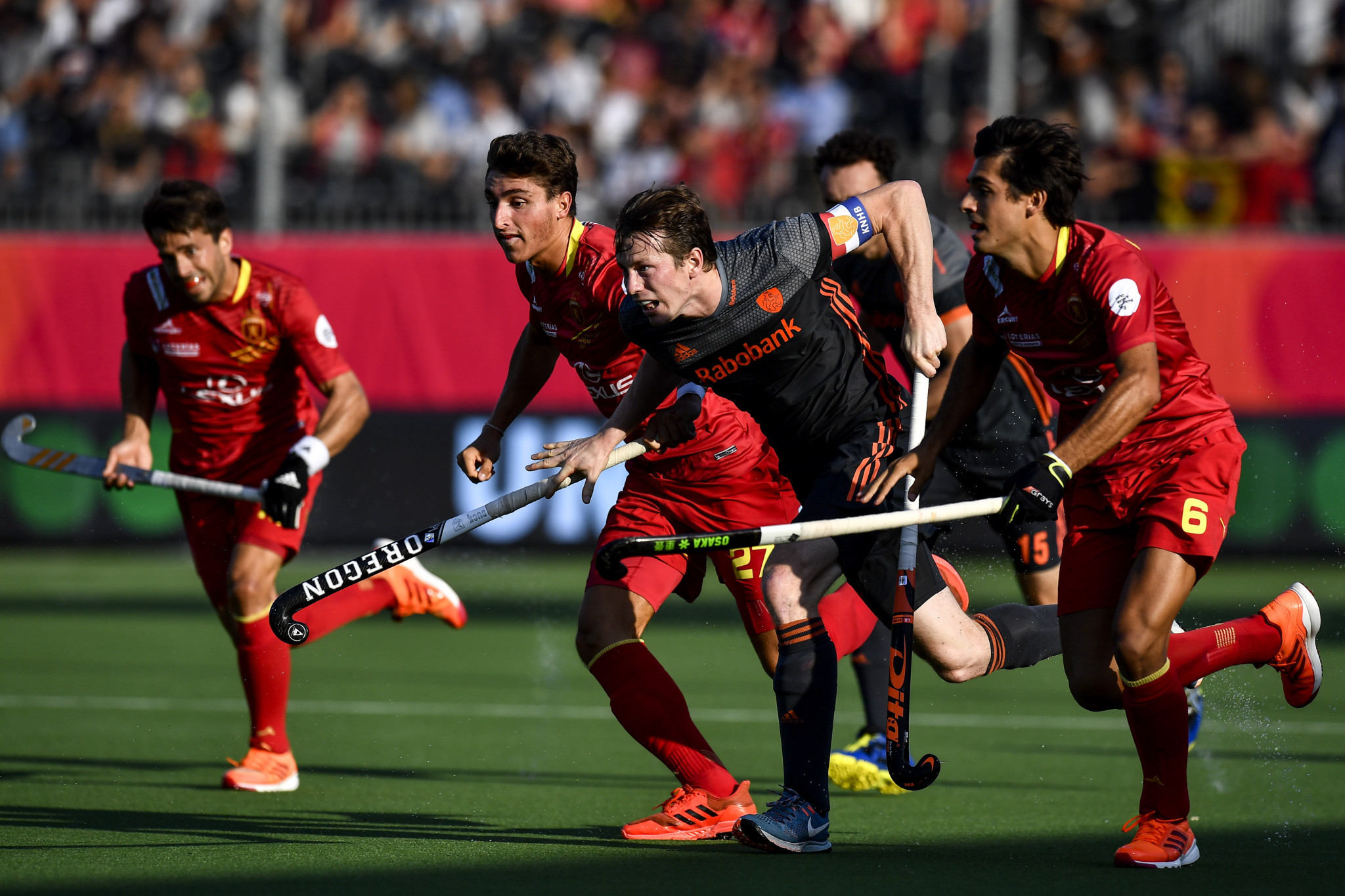 Spain held off a late Dutch fightback to dump the defending champions out of the EuroHockey Nations Championship and reach a first final since 2007 in Antwerp.

César Hernández's men were playing in the semi-finals for the first time in 10 years, but are now just one win away from securing their place at the 2020 Olympic Games in Tokyo after recording a 4-3 victory at the Wilrijkse Plein.

The Dutch were overwhelming favourites as two-time defending champions, but it is Spain who progressed to Saturday's (August 24) final.

Pau Quemada put the Spanish 2-0 ahead at half-time with a double, and the Dutch had no answer as Spain continued to press after the interval.

Josep Romeu made it 3-0 before a late Ricardo Sanchez goal appeared to secure a comprehensive victory.

Billy Bakker struck for The Netherlands in the 50th minute to reduce the arrears to 4-1.

Jip Janssen fired two goals in the dying moments as the Dutch threatened a most unlikely comeback, but they fell short at 4-3.

Spain will take on hosts Belgium after they won a thriller against Germany 4-2.

Jan Christoph Rühr  and Florian Fuchs put Germany 2-0 up at the interval before a stunning Belgian fightback in the fourth quarter.

Tom Boon got the revival started in the 41st minute before three goals in four minutes turned the game on its head.

Belgium grabbed an equaliser through Nicolas de Kerpel in the 54th minute and the stadium erupted two minutes later when Victor Wegnez made it 3-2 to the hosts.

Seconds later it was 4-2 as Cédric Charlier struck beyond Mathias Müller to secure the Belgians' passage to the final.

England and Scotland secured victories in the relegation pool in Antwerp, as they bid to maintain their place in the championship's top tier.

England won 2-1 against Ireland to move to four points in Pool C, with goals from Zach Wallace and Phil Roper securing victory.

Cameron Golden scored twice for Scotland as they bagged three points in a 4-2 win against Wales.

With results from the pool phase of the tournament counting towards the standings in the relegation pool, England and Scotland sit on four points apiece.

England shared a 2-2 draw with Wales in Pool A, while Scotland and Ireland played an entertaining 3-3 draw in Pool B.

The bottom two nations in the pool will be relegated from EuroHockey's top tier.