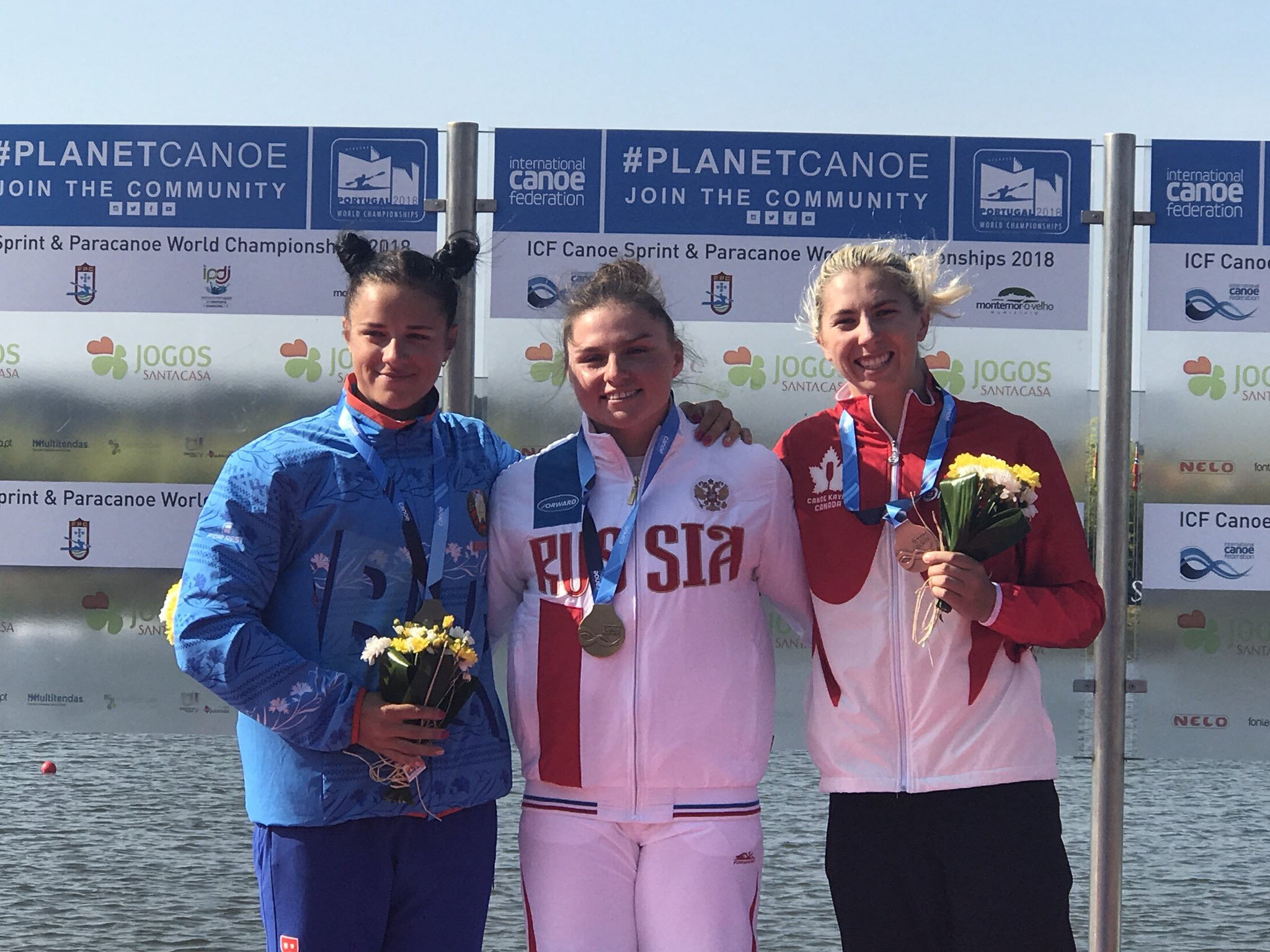 The Russian triumphed in Portugal 12 months ago and was the star of the show in the semi-finals, clocking 2min 08.65sec to reach tomorrow's final at the Maty-ér racecourse in Hungary.

Gulbakhor Fayzieva of Uzbekistan was second in 2:09.29, with Hungarian Giada Bragato finishing third in 2:09.91

Romania's Stefanica Ursu won her semi-final in 2:09.85 as third fastest into the final, with Magda Stanny of Poland and Croatian Vanesa Tot also making the A final.

Men's 2018 K1 500m runner-up Thomas Liebscher of Germany will target world glory tomorrow after booking his place in the final.

Liebscher finished second behind Hungarian Bence Dombvári to qualify for the final in 1:36.65, as Dombvári won their semi-final in 1:36.41.

Hungarian supporters are on form and this is still only the heats #ICFsprint pic.twitter.com/rQIrYQYmrB

Australian Thomas Green was quickest into the final, winning his semi-final in 1:35.86.

Steffi Kriegerstein and Jasmin Fritz of Germany won their semi-final in the women's K2 500m to qualify fastest for the World Championship final.

The duo, bronze medallists 12 months ago, finished in 1:36.61 to progress ahead of Špela Ponomarenko Janić and Anja Osterman of Slovenia in 1:37.79.

Maryna Litvinchuk and Volha Khudzenka from Belarus split the boats as the second fastest pair into Saturday's (August 24) final, clocking 1:36.78 to win their semi-final.

Italian brothers Sergiu and Nicolae Craciun won the men's C1 500m semi-final to book their place in tomorrow's final in 1:40.72.