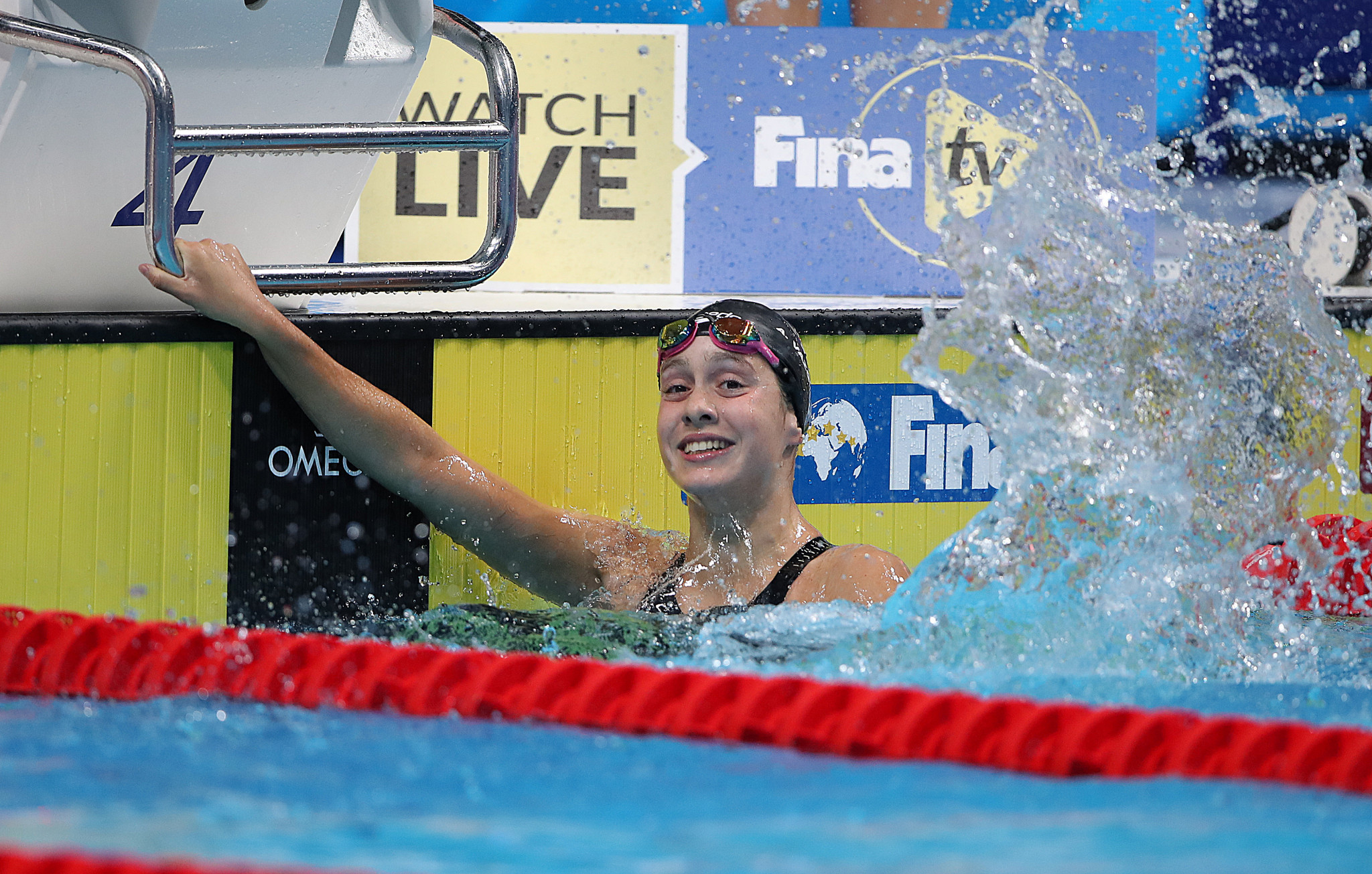 Vazquez Ruiz clocked a time of 4min 38.53sec in the final at the Hungarian capital's Duna Arena.

It bettered the previous mark of 4:39.01 set by Great Britain’s Rosie Rudin at the 2015 FINA World Junior Championships in Singapore.

Isabel Gormley of the United States finished second in 4:39.15, while Britain's Michaella Glenister came third in 4:39.35.

There was also a world junior record in the men's 4x100m freestyle relay final as the American quartet of Jake Magahey, Luca Urlando, Adam Chaney and Carson Foster touched home in 3:15.80.

Among today's other winners was home favourite Gabor Zombori, who topped the men's 400m freestyle podium in a Championship record time of 3:46.06.

It improved his heat time of 3:46.97, which stood as a Championship record until the final.

Australia's Thomas Neill was the silver medallist in 3:46.27, while Russia's Aleksandr Egorov took bronze in 3:47.36.

Australia were 2.38 seconds behind in the silver medal position, while Canada were 5.65 seconds off the pace in third.

Four events ended at the semi-final stage today, with the finals tomorrow.

The top qualifier in the women's 50m breaststroke was Italy's Benedetta Pilato in 30.39.

A total of nine medal sets will be awarded tomorrow.