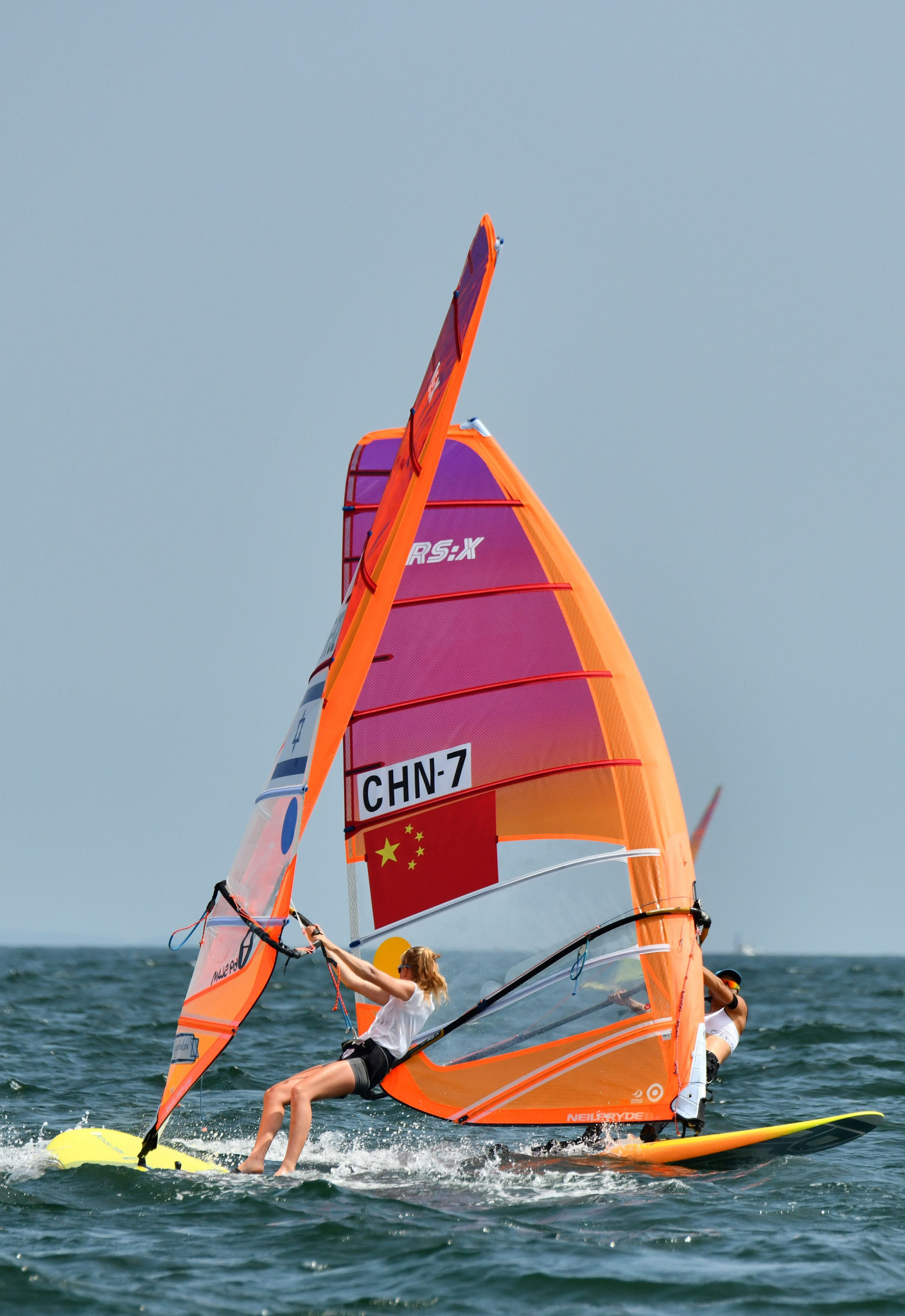 The men's and women's RS:X, the 49er, the 49erFX and the Nacra 17 will all be decided tomorrow when action resumes on the Olympic course.

Yunxiu Lu of China has a seven point lead over Israel's Katy Spychakov in the women's RS:X with reigning Olympic champion Charline Picon of France a further three points back.

In the 49er, New Zealand's reigning Olympic champions Peter Burling and Blair Tuke are 13 points in front at the top ahead of Lukasz Przybytek and Pawel Kolodzinski of Poland.

Britain's Charlotte Dobson and Saskia Tidey enjoy the advantage in the 49erFX with a one point lead over Brazil's Rio 2016 winners Martine Grael and Kahena Kunze.

In the Nacra 17 just 10 points separate first from fifth with Ruggero Tita and Caterina Banti of Italy the leaders.

They have a two point gap over John Gimson and Anna Burney of Britain in the mixed-gender class.

Fleet racing will continue tomorrow in the men's and women's 470, laser, laser radial and finn classes.

Zsombor Berecz of Hungary now leads current Olympic gold medallist Giles Scott of Britain by 16 points in the finn, with Australian duo Mat Belcher and Will Ryan topping the men's 470 charts with a gap of eight points over Anton Dahlberg and Fredrik Bergström of Sweden.

Camille Lecointre and Aloise Retornaz took over on top in the women's 470 after Japan's Ai Kondo Yoshida and Miho Yoshioka suffered a disqualification on home water and slipped to third.

Action at the test event, being held under the Ready Steady Tokyo banner, will run until Thursday (August 22).