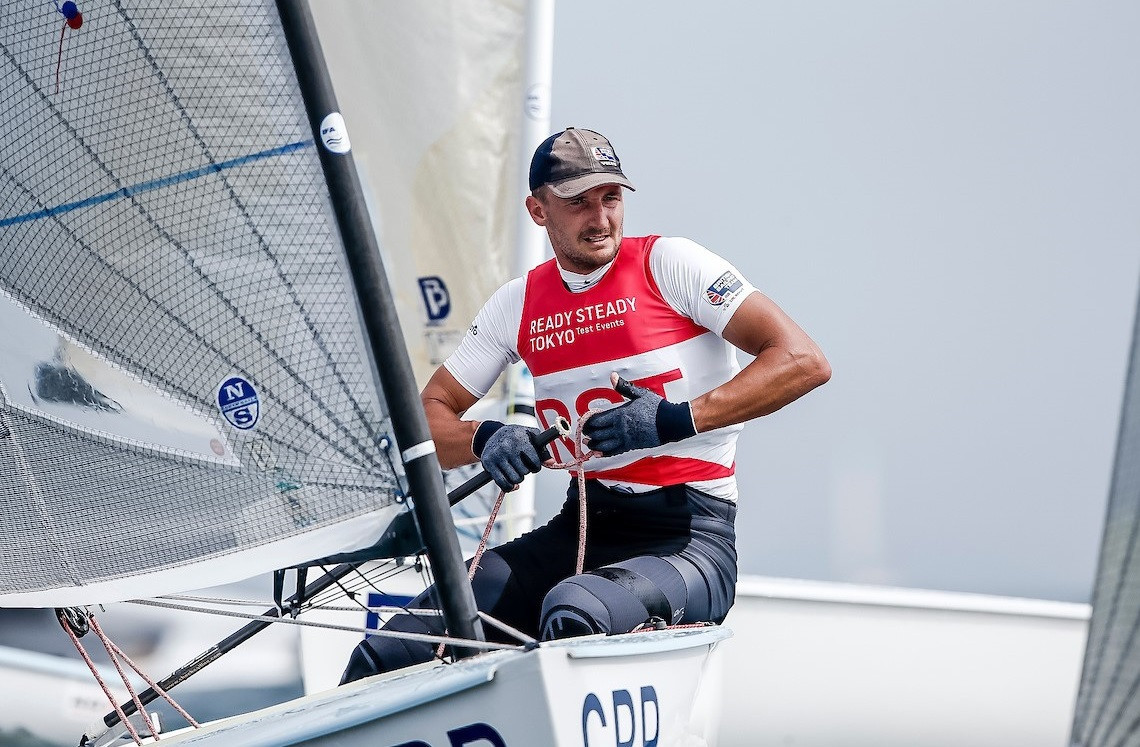 He finished second in today's sole race as light winds forced a reduced schedule, and leads by a point over Hungary's reigning world champion Zsombor Berecz.

"It was unsteady breeze and tricky racing today but it ended quite well for me as I picked up a second," said Rio 2016 winner Scott, who finished behind Jorge Zarif of Brazil in Enoshima Yacht Harbour.

"I had a pretty shocking start as I got held up at the starboard end and had to wait for one or two to go, that meant I was a bit late starting.

"Luckily I managed to pull through for a good result."

Britain's success continued in the 49erFX as Charlotte Dobson and Saskia Tidey opened up a six point lead.

Two races were possible in the class and the duo were second in both, backing-up their pair of victories from yesterday.

In the 49er Poland's Lukasz Przybytek and Pawel Kolodzinski went top by three points after four races despite failing to record a victory so far.

Italy's Ruggero Tita and Caterina Banti head the Nacra 17 standings by six points after consistent displays which has seen them finish no lower than third after three races.

Hungarian sailor Maria Erdi was 35th in the only race possible in the laser radial but stays on top by five points as that result is now discarded.

In the laser, New Zealander Sam Meech has an advantage of a single point at the top.

Jordi Xammar and Nicolas Rodriguez of Spain lead the men's 470 fleet by three points with Poland's Agnieszka Skrzypulec and Jolanta Ogar holding a one-point advantage in the women's equivalent.

Racing at the test event, being held under the Ready Steady Tokyo banner, continues tomorrow.