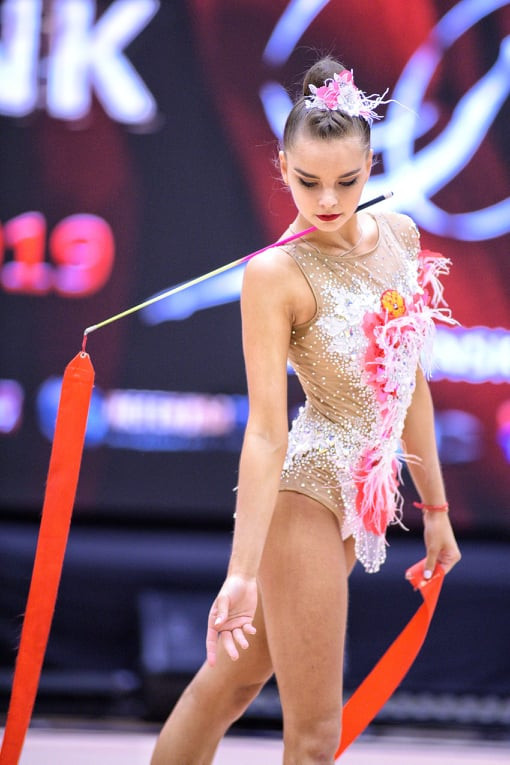 Dina Averina followed up on her all-around gold medal yesterday to secure a golden hat-trick as the International Gymnastics Federation World Challenge Cup concluded in Minsk.

The Russian has topped the standings throughout the competition at the Gymnastics Palace in the Belarussian capital.

She made it a total of four golds in Minsk by securing individual clubs, ball and ribbon titles.

Averina scored 23.500 points to win the clubs final ahead of Linoy Ashram of Israel.

Ashram had taken the bronze medal in the all-around event and scored 23.400 points in claiming silver as Averina's twin sister Arina won bronze on 22.700.

Dina led Arina in an Avelina one-two in the Ball discipline, outscoring her elder sibling 23.600 points to 23.200.

The hat-trick of apparatus titles was completed when Dina again led Arina to gold and silver in the ribbon final on 22.150 and 21.850 points respectively.

Ashram had been in the Averinis' shadow throughout the week but took her moment to shine in the Hoop final.

Russia edged out Bulgaria for the silver medal courtesy of their higher execution score as both countries were awarded 29.450 points for their routines.

A poorly executed routine saw Russia finish outside the medals in the group 3 hoops 4 clubs final.

Bulgaria won the gold medal on 28.600 points as hosts Belarus claimed silver with a score of 28.450.