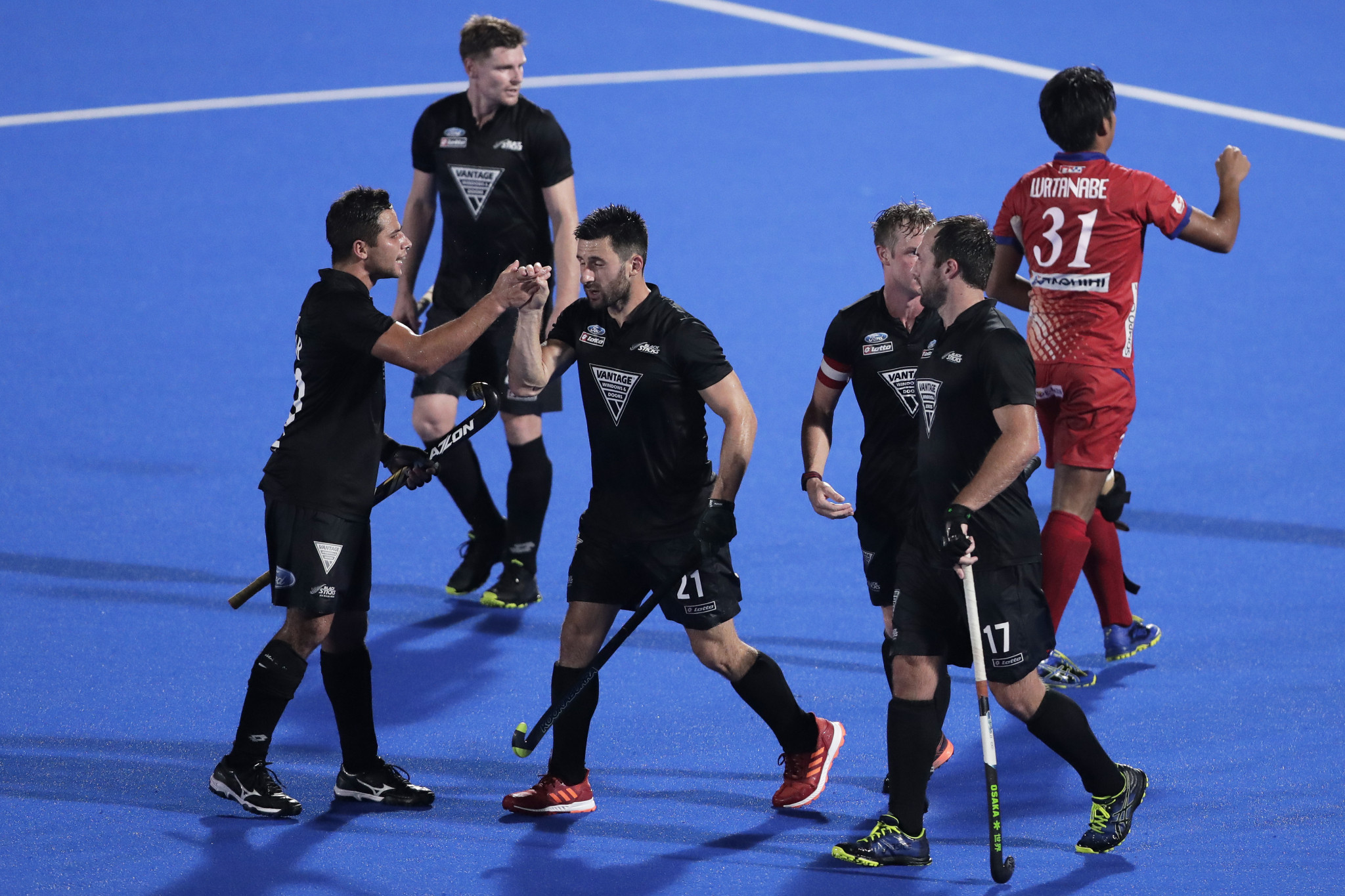 New Zealand qualified for the men's final at the Tokyo 2020 Olympic hockey test event as they battled back to beat India 2-1.

The Kiwis fell behind at the Oi Hockey Stadium, newly-built for next year's Games, when Indian skipper Harmanpreet Singh blasted his side in front from a second-minute penalty corner.

Jacob Smith levelled with 47 minutes played, however, and Sam Lane rounded off a counter-attack to win the game with less than a minute left.

It means New Zealand were able to back-up their opening 4-3 win over hosts Japan yesterday in the four-team round-robin event.

They are now assured of finishing in the top two which earns a spot in the final.

Japan recovered from their set-back as they beat Malaysia 3-1.

It sets-up a winner-takes-all clash against India on Tuesday (August 20) to see who will meet the New Zealanders in the final.

The Kiwis will prepare for the showpiece game on Tuesday by meeting Malaysia, whose hopes are at an end after their opening 6-0 loss to India.

In the women's event all four teams could reach the final going into the last round of matches.

India are well-placed after building on their 2-1 win over Japan by drawing 2-2 with Australia.

Japan bounced back by beating China, who edged Australia 3-2 yesterday, by a 2-1 scoreline.

Australia will play Japan and China will take on India in Tuesday's final matches.

All of the Olympic and Paralympic test events are taking place under the "Ready Steady Tokyo" banner.

The hockey tournament is a special stand-alone event which is serving as a dress rehearsal to ensure all facilities and operations are perfected before next year's Games.

Heat has been a major concern with temperatures reaching 37 degrees Celsius on day one.