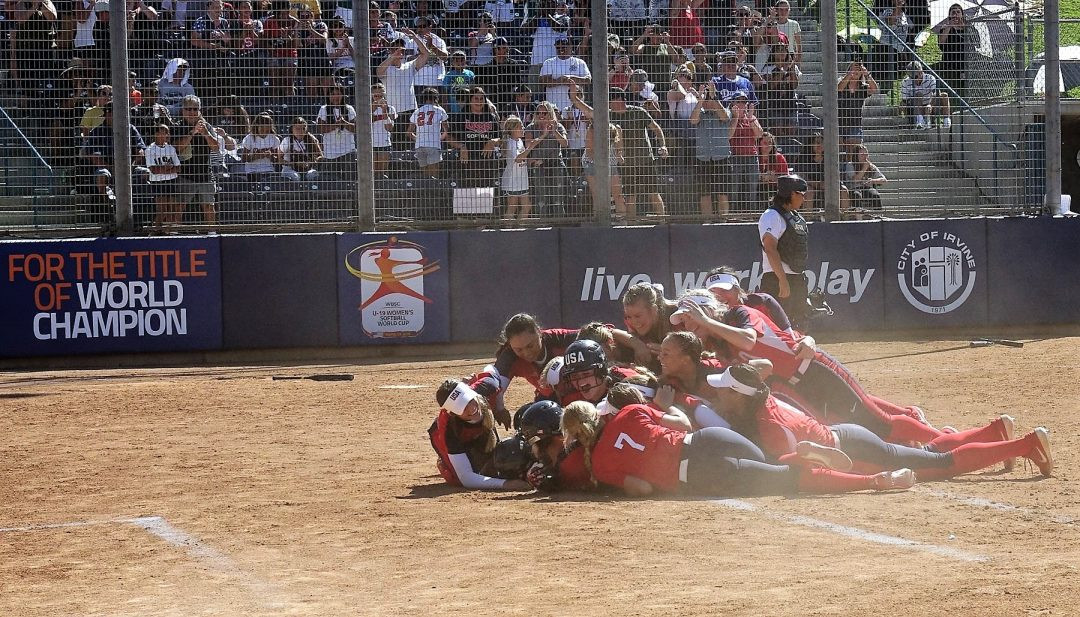 Hosts United States won the World Baseball Softball Confederation Women's Under-19 Softball World Cup for the third time in a row after a dramatic 4-3 victory over Japan in Irvine.

The final at Bill Barber Park required an international tie breaker after the first seven innings were played without score.

That quickly changed in the extra inning as Japan opened up a 3-0 lead to look odds-on for a sixth title and a first since 2013.

Francesca Hammoude was the hero for the Americans, however, as the pinch-hitter blasted a home run with two runners on base to level the scores.

Charla Echols then scored a triple and she was the one to make it home for the winning run after Jasmine Freed's slow-roller.

The US have now won seven titles and have beaten Japan in the final of three straight editions.

They become the first country to win the event three times in succession.

"We are tough and resilient," said US coach Heather Tarr, whose side had not conceded a run before the final and also beat Japan 1-0 in the super round.

Before the extra inning fireworks, American pitcher Megan Faraimo and Japanese counterpart Miu Goto had been almost faultless as both continued superb tournaments.

"We knew it was tough to overcome a three-run deficit against a pitcher who hadn't allowed an earned run in the tournament, but we still knew we could do," Tarr added.

Hammoude could barely believe her contribution as the US won the title for the fifth time out of six tournaments.

"When I was walking up to the box all I was thinking was that we just need a small base hit," she said.

"Coming home to my team-mates after tying the game was an indescribable feeling and I couldn't wait to touch home."