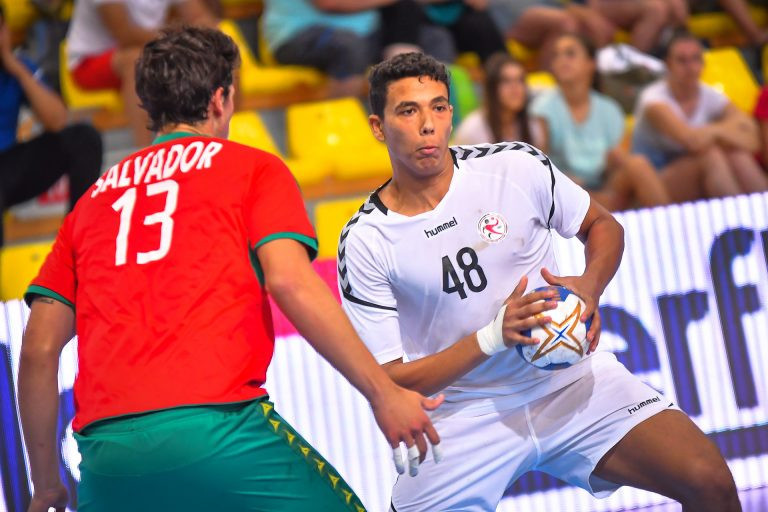 Egypt and Germany will meet in the final of the International Handball Federation Men's Youth World Championship after both came through their last four clashes today in North Macedonia.

The Egyptians claimed a 41-36 win over a Portugal side who had boasted a 100 per cent record at the tournament, while Germany knocked out three-time winners Denmark 31-23.

Neither finalist has won the event for under-19 players before so a new name on the trophy is guaranteed at the Boris Trajkovski Sports Center in Skopje.

Ahmed Hesham was the star for Egypt with 11 goals as the African youth champions became the first side from the continent to reach the final.

Portugal were a surprise package as they did not qualify outright for the tournament and were only playing with a wildcard due to the absence of any side from Oceania.

Their remarkable run included a quarter-final win over back-to-back defending champions France but they could not get over the penultimate hurdle.

"We played a great game," said Egyptian head coach Mohamed Ibrahim Sharafeldin Mahmoud, whose side's only defeat in North Macedonia so far came against the French in the group stage.

"We studied a lot the Portuguese game and we stop all the strong points in their game and we played until the end.

"Portugal was also fighting until the end.

"We have one more match, we will win the gold, I hope."

Alexander Reimann scored five goals for Germany in their success with Mads Hoxer's six strikes for the Danes in vain.

It means Denmark cannot build on their bronze medal from the last tournament while Germany have not slipped up since losing their opening match against Portugal.

The final is tomorrow, when Denmark will meet Portugal for bronze.