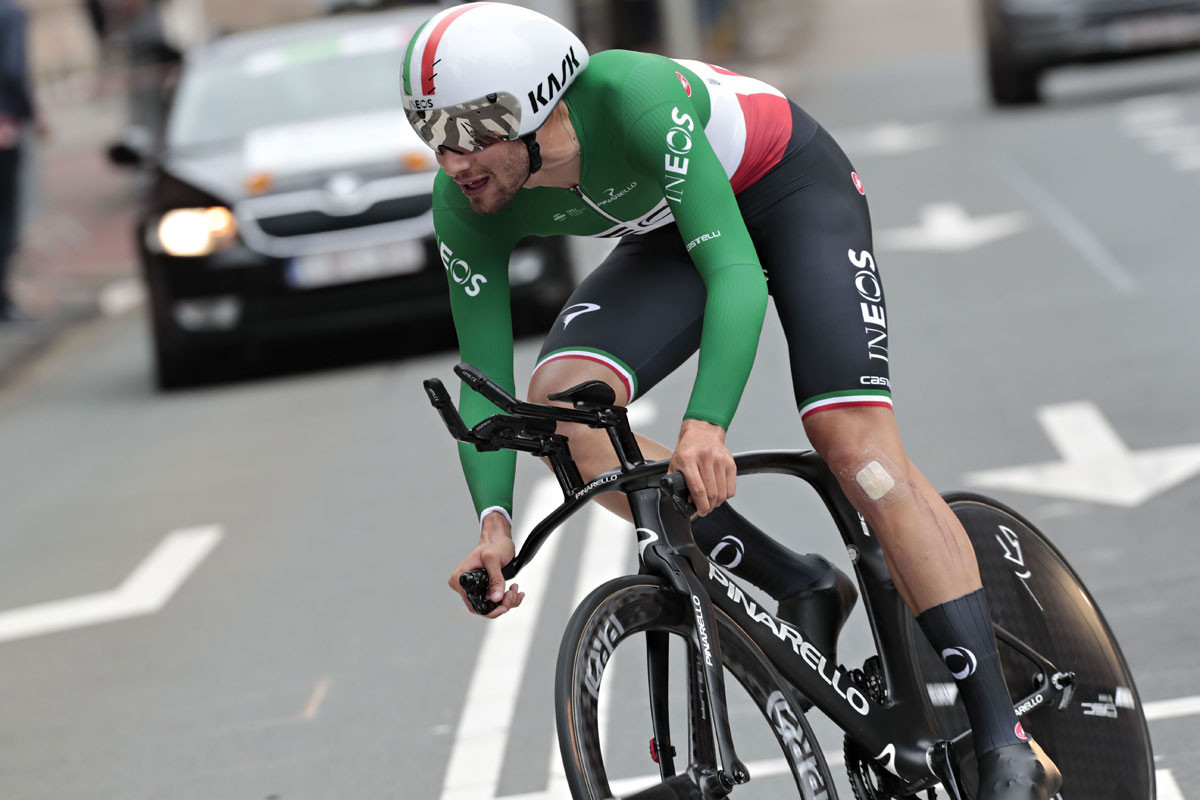 Filippo Ganna of Team Ineos won the time trial at the BinckBank Tour as Tim Wellens extended his overall lead on the streets of The Hague.

The sixth stage of seven at the International Cycling Union WorldTour event was an 8.35 kilometre individual time trial.

Italian rider Ganna was the quickest with a time of 9min 16sec, five seconds faster than compatriot Edoardo Affini in second.

Home cyclist and national champion Jos Van Emden came third in 9:24, just ahead of time-trial specialist Stefan Küng, who had won the time trial at the past tour editions of the BinckBank Tour.

🎥 50 seconds recap of stage 6 of the BinckBank Tour, an individual time trial in The Hague won by @GannaFilippo of @TeamINEOS. #BinckBankTour pic.twitter.com/GvyE0N8cIm

Belgian rider Wellens was defending a narrow gap of four seconds to Switzerland's Marc Hirschi in the race for the overall classification.

But a strong showing saw the Lotto–Soudal athlete double that advantage ahead of tomorrow's final stage.

Wellens came 10th in the time trial, completing the course in a competitive 9:36.

Compatriot Laurens De Plus was ninth quickest in the time trial to keep him poised third in the overall standings, 12 seconds behind Wellens.

Tomorrow's decisive stage could not be more different to today – a 178.6km hilly course in Belgium, starting in Sint-Pieters-Leeuw and concluding in Geraardsbergen.