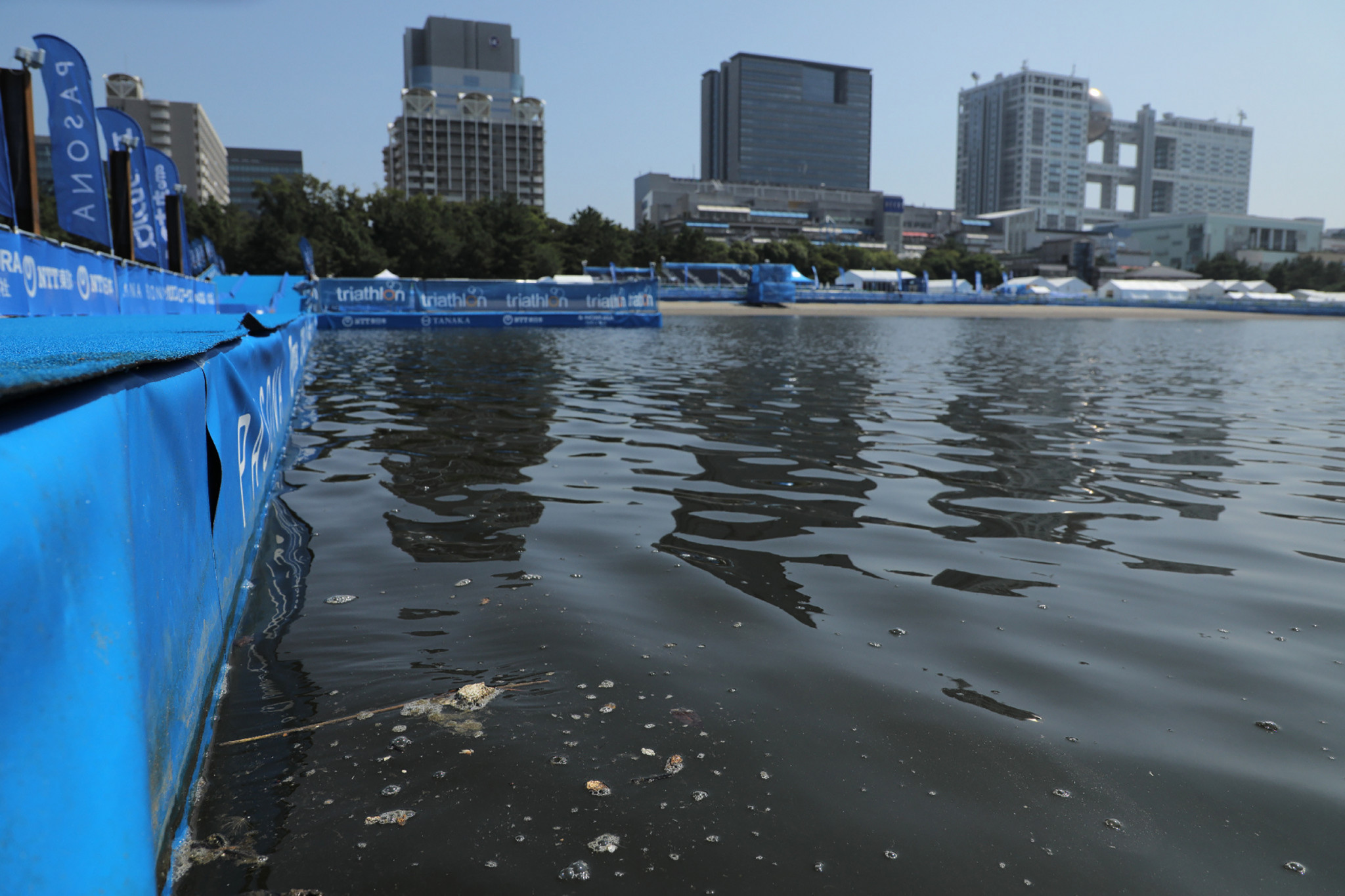 The swimming section of the Paratriathlon test event for next year's Paralympic Games in Tokyo was cancelled because of high levels of E.coli bacteria found in the water.

The change forced upon the International Triathlon Union (ITU) at the Tokyo Paratriathlon World Cup is the latest cause for concern for organisers following Thursday’s (August 15) triathlon test event, which had its concluding run halved to five kilometres because of concerns over athlete safety in hot and humid conditions.

Tokyo 2020 organisers told Reuters that they would install more filtering screens in Tokyo Bay ahead of the Games.

A comprehensive review is set to be held following the cancellation of the swimming leg, according to Tokyo 2020 spokesperson Masa Takaya.

Tokyo 2020 have also promised to ensure there is a "safe and sound environment for athletes" competing at next year's Olympics and Paralympics.

Most varieties of E.coli are harmless or cause relatively minor diarrhea.

But more aggressive types can cause illness, including a form of kidney failure, as well as severe stomach cramps, bloody diarrhea and vomiting.

Apparently the @worldtriathlon #paratriathlon @Paralympic test event in Tokyo is now a duathlon due to poor water quality. A completely different race and puts some athletes at a huge disadvantage racing in their tri classification. Disappointing for all.

Soaring temperatures across Japan have seen 57 people, including an Olympic construction site worker, die and another 18,000 people admitted to hospital.

As a precautionary measure, today’s Paratriathlon races, part of the Ready Steady Tokyo series of test events, began at 6.30am instead of 7.30am.

Saturday’s air temperature was forecast to reach 30 celsius, with a heat stress indicator at orange level - high risk - at 9am in the purpose-built Odaiba Park course, the venue which will host triathlon and Paratriathlon at Tokyo 2020.

In conditions that were as hot and humid as predicted, with temperatures ranging above 30 celsius, the format presented was a 2.5 kilometres run, followed by a 20km bike ride and a concluding 5km run.

The men’s title in the PTS5 category – for mild physical impairments - went to Canada’s world champion and Rio 2016 silver medallist Stefan Daniel, whose final 5km run of 15min 19sec was beyond anything that could be matched by his rivals.

"It was a bit of a shock the race was changed to a duathlon, but we all just wanted to check out the venue here, and we were still able to do that with this race so we are all looking forward to racing it next year," Daniel said.

Germany's Martin Schulz and George Peasgood of Britain were second and third.

The men’s visually impaired race was won by Britain’s world champion Dave Ellis, along with guide Luke Watson, in 57:01.

A strong finish to the bike ride put Canada’s Jessica Tuomela in position to earn victory in the women’s visually impaired race ahead of Britain’s Melissa Reid and Vita Oleksiuk of Ukraine.

Lauren Steadman of Britain was a commanding winner of the women’s PTS5 event, beating Claire Cashmore of Britain and Ukraine’s Alisa Kplpakchy.

Alexis Hanquinquant of France led from start to what he thought was the finish in the men’s PTS4 (moderate impairments) race – but unfortunately he had miscounted by one lap.

By the time he realised and got back onto the course he had been overtaken by the eventual winner, Mikhail Kolmakov of Russia, but was able to hang onto second place ahead of Jamie Brown of the United States.

Kelly Elmlinger of the United States won the women’s PTS4 race from home runner Mami Tani and New Zealand’s Sharon Dagg, with pre-race favourite Hannah Moore of Britain dropping out ahead of the last run segment having gained a clear lead following the bike.

Hailey Danz of the US earned victory in the women’s PTS2 category after the athlete who beat her to gold at the Rio 2016 Paralympics, Allysa Seely, had pulled out of the race.

South Korea’s Hwang Tae Kim was the only racer in the PTS3 race.