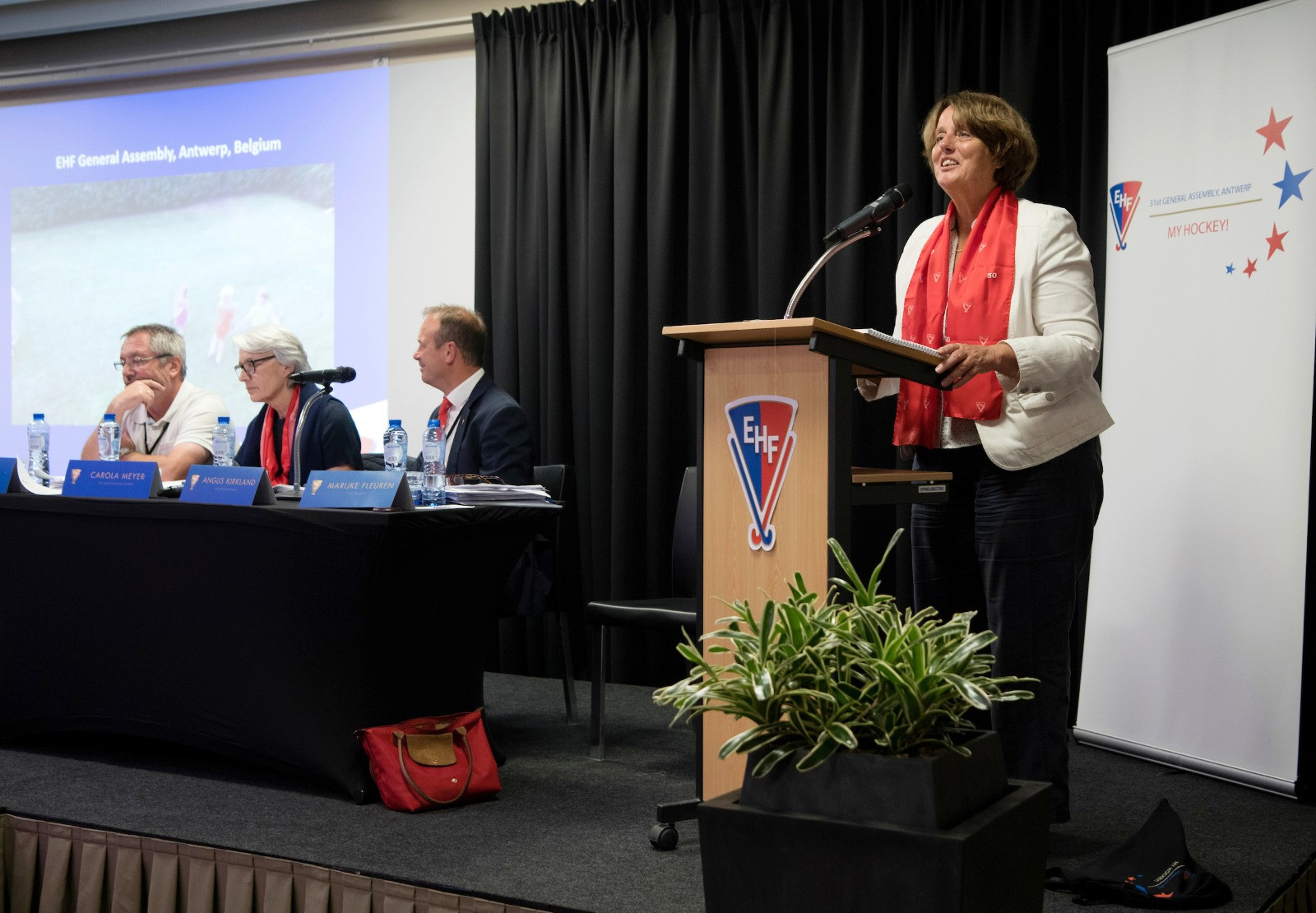 Marijke Fleuren has been re-elected President of the European Hockey Federation at the organisation's General Assembly in Antwerp.

The Dutchwoman, a member of the International Hockey Federation (FIH) Executive Board, stood unopposed for the role at the meeting at the Crowne Plaza in the Belgian city.

The well-respected hockey official, first elected EHF President in 2011, said she was delighted to be granted a third term in office.

"Today at this General Assembly we also celebrate the fact that the EHF has been in existence for 50 years," said Fleuren.

"This re-election gives me the opportunity to make a solid contribution at the start of another 50 wonderful years.

"For me, it’s so important that this sport gives millions of people around the world such pleasure.

"I sincerely wish that pleasure to anyone with any background, and I will continue to work hard to that end."

In May, Dutchwoman Fleuren was named chair of a new Women in Sports committee established by the FIH.

The committee will be tasked with raising awareness of gender equality, inclusion and promote diversity in sports practice and governance.

The Assembly had a "My Hockey" theme, with presentations from delegates from Slovenia, Norway, France, Wales and Belgium all showcasing how the sport has progressed in their respective nations.

Treasurer Mika Rihtila of Finland was re-elected in her role, while England's Simon Mason and Inez Cooper of Ireland were re-elected to the Executive Board.

Italian Sabina Zampetti was elected as a new member, with Poland's Magdalena Nazaret appointed to complete the term of Spaniard David Serrahima, who resigned due to outside work commitments.

Sally Munday was presented with a Diploma of Merit for her work as England Hockey chief executive and Leonardas Čaikauskas was made an honorary member for his work and support for hockey in Lithuania.

There were 32 national associations represented in Antwerp, where members signed the EHF's Gender Balance Charter as part of the #EquallyAmazing equality campaign.

The main aim of the project is to continue to promote gender balance within European hockey while encouraging more highly-skilled people to take up leadership positions within hockey.