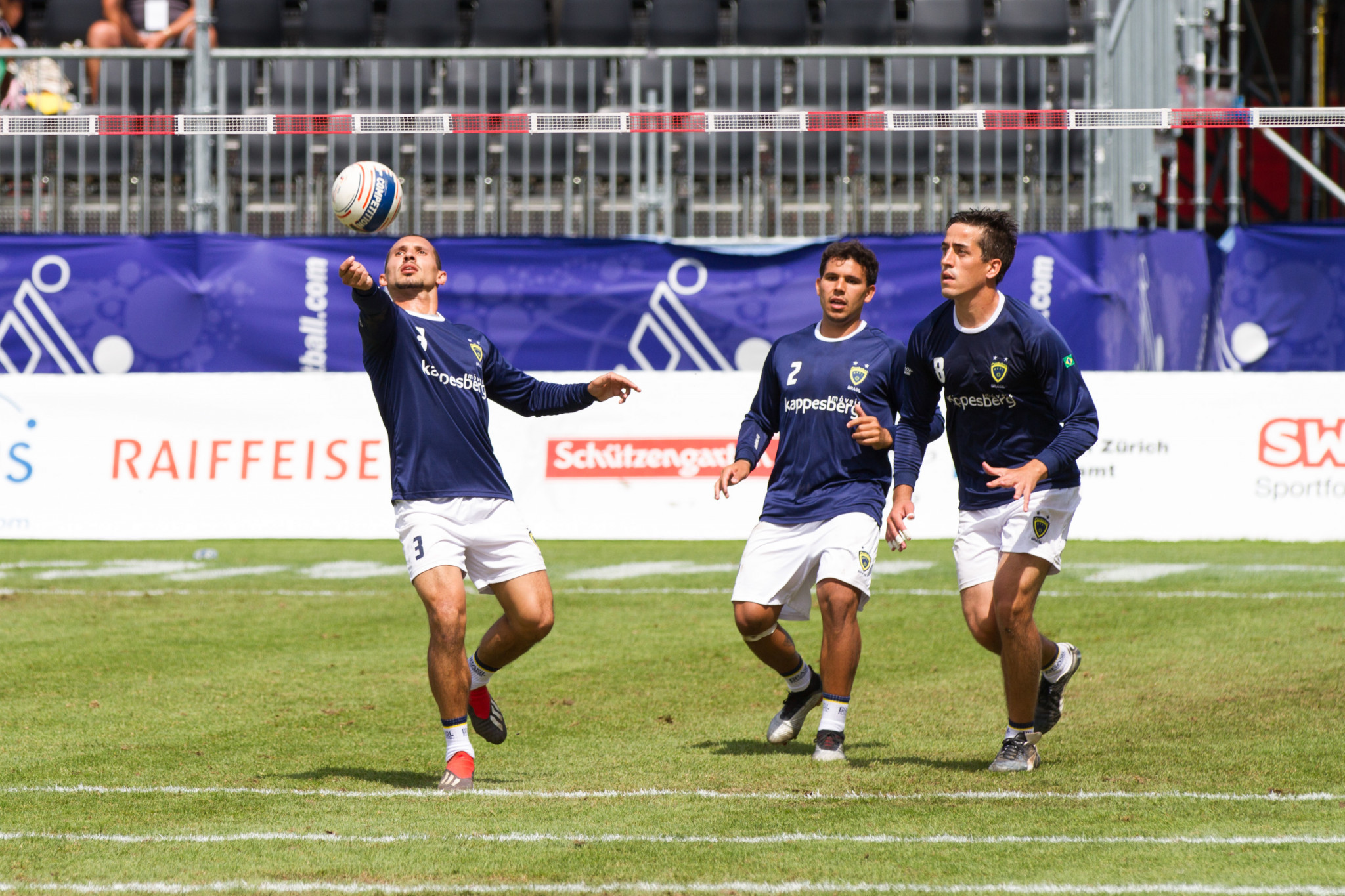 The reigning champions are seeking a 12th world title in Winterthur and won the opening set 11-6,

They were pushed all the way in the second set as the Swiss, runners-up four years ago in Toronto, sought a way back into the match.

Germany shaded it 15-14 and cruised through the third set to secure a 3-0 triumph at Schützenwiese Stadium.

They will face Austria in the final after they defeated Brazil 3-2 in the other semi-final.

Switzerland had earlier beaten Italy 3-0 to book their semi-final spot.

Brazil, who had lost to Germany in yesterday's quarter-final, overcame South American rivals Chile 3-0 to get a second bite at the cherry.

New Zealand secured 11th place by seeing off Denmark 3-0, while Serbia finished 13th courtesy of a 3-0 triumph against Poland.

Belgium clinched 15th place courtesy of a 3-2 win over Australia, while the Netherlands confirmed 17th place with a 3-0 triumph against Japan.

Tomorrow, Italy will take on Chile for fifth place as Argentina and Namibia meet in the battle for seventh place.