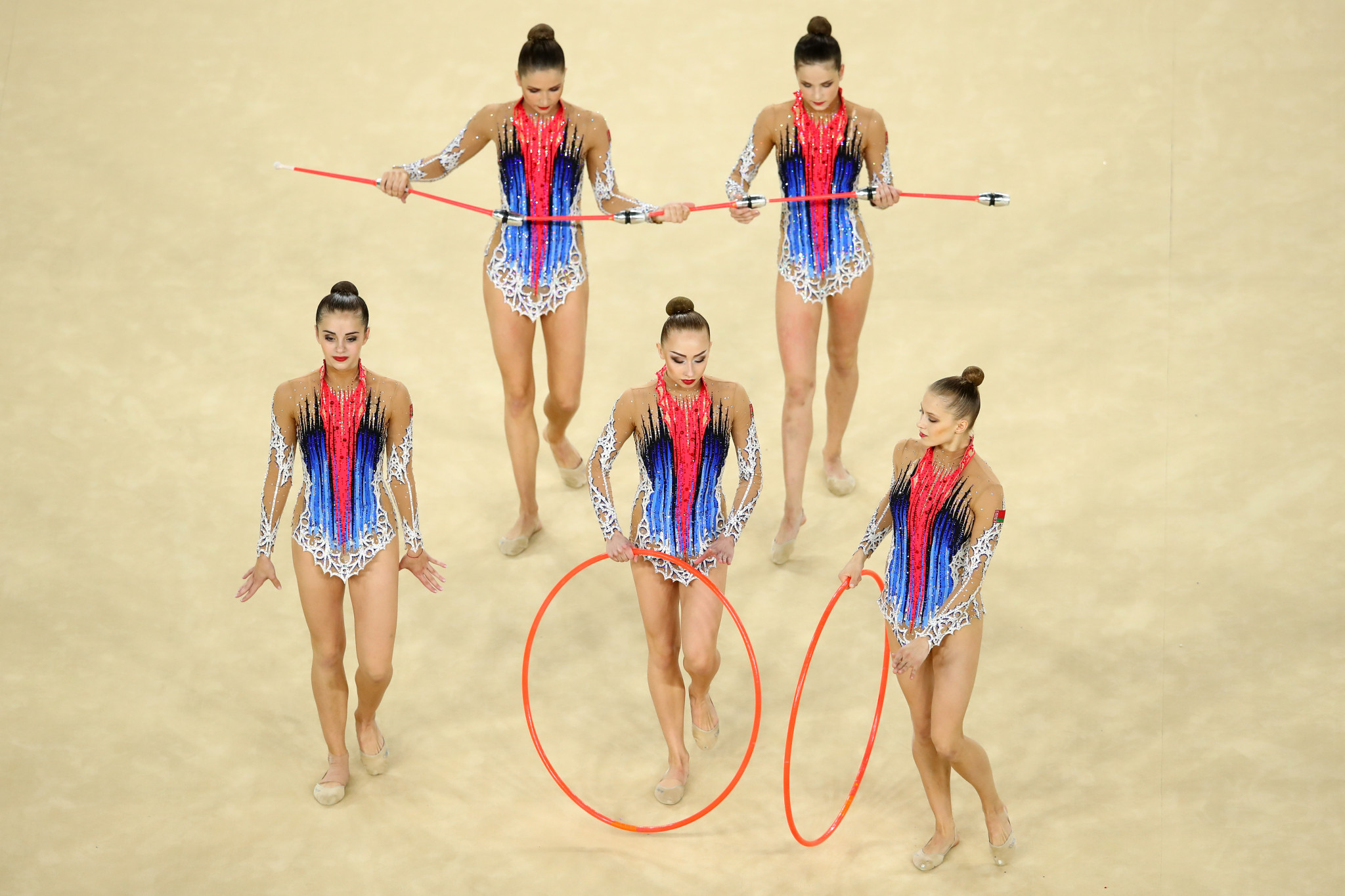 Tsitsilina competed for Belarus at Rio 2016 and the three-time World Championship gymnast believes a home crowd at the 1,000-seater Gymnastic Palace can offer a solid foundation for the nation's rising stars to shine.

"This is a very important start for us, a competition in our home country and with all our relatives and friends coming to support us and cheers us on," she said.

"We can always feel their support."

At the 2017 World Championships, Belarus finished fifth in all three Group disciplines before claiming fifth, sixth and eighth in the 3 hoops, 2 pairs of clubs, the all-around and the 5 balls respectively in 2018.

They have enjoyed a strong start to the 2019 season, though, and claimed first place in the 5 balls event at April's World Cup leg in Sofia.

🎥 Watch the teaser of the 2019 #RhythmicGymnastics ⭕#WorldCup series, which resumes this weekend in Minsk 🇧🇾 🤸‍
Event details on https://t.co/uDQohR252n@BLRGym pic.twitter.com/Hnbr0duZmD

Group member Hanna Haidukevich claimed the team had more to offer and bigger goals for the future, including Olympic qualification for Tokyo 2020.

For that to happen, Belarus must finish in the top five in the all-around contest at the 2019 World Championships, to be held in Baku next month.

"This is sport, our main goal is to show what we are capable of," Tsitsilina said.

"If we do our best, anything can happen."

Competition in Minsk is due to begin tomorrow with the group all-around 5 balls contest and runs through to Sunday (August 18).