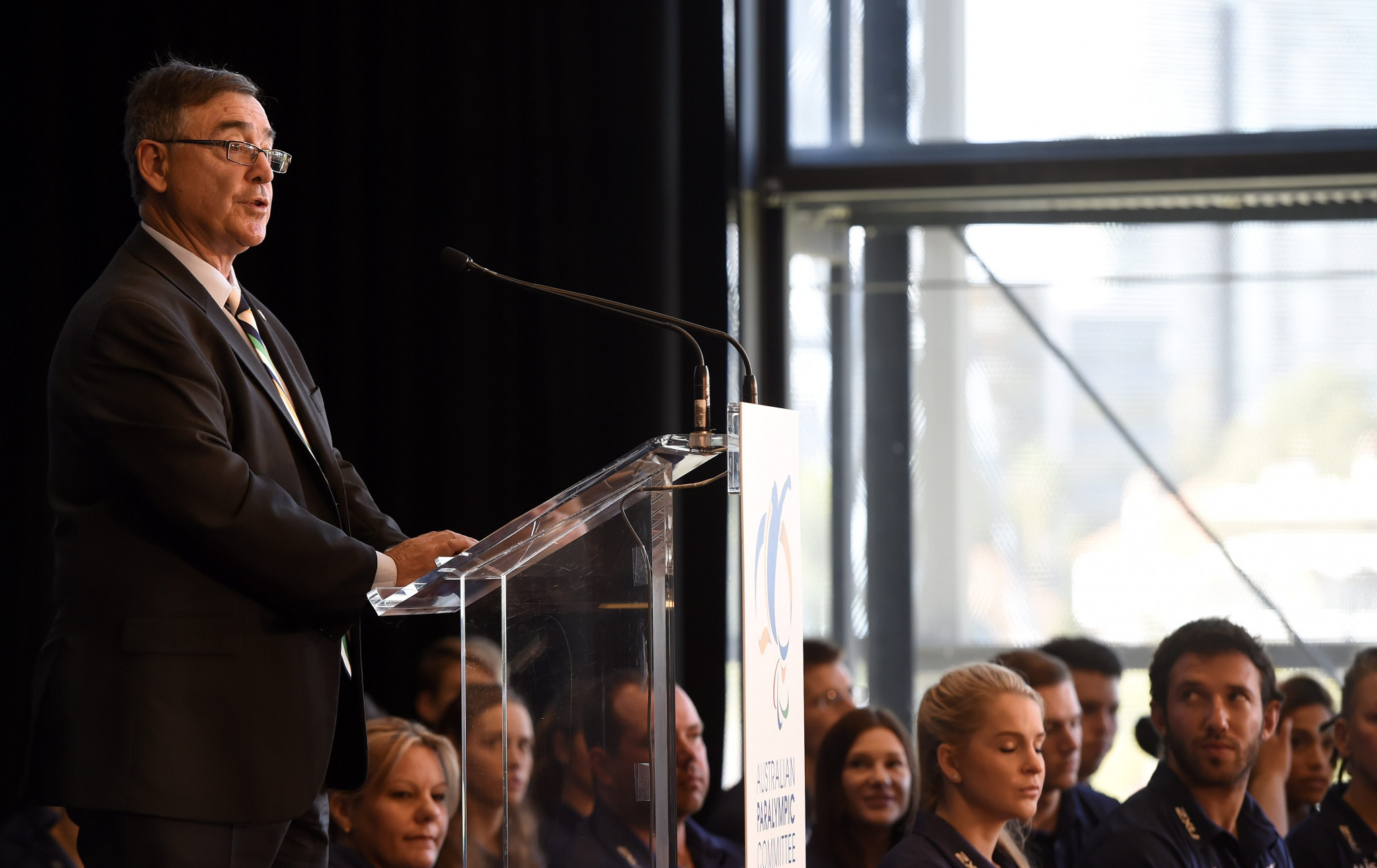 Paralympics Australia has expressed its deep sadness following the death of former President Glenn Tasker at the age of 67.

Tasker, considered one of the Australian Paralympic Movement’s most passionate and influential figures, joined the Board of Paralympics Australia in 2008 and served as President from 2013 until his retirement last year.

He passed away this morning after a sudden illness.

Tasker’s involvement in Paralympic sport began during his time as executive director of Swimming New South Wales (NSW), from 1990 to 1998.

He was instrumental in the introduction of events for swimmers with disabilities into the NSW Age Swimming Championships, the first State Championships in Australia to do so.

Tasker went on to become the swimming competition manager at the Sydney 2000 Olympic and Paralympic Games, before serving as chief executive of Swimming Australia from 2001 to 2008.

During his time at Swimming Australia, he assisted with establishing the swimming Paralympic Preparation Programme, working with both Paralympics Australia and the International Paralympic Committee (IPC) to achieve better outcomes for swimmers with a disability.

The programme continues to be a flagship for Para-sport integration within national sporting organisations to this day.

Internationally, Tasker was elected to the IPC’s Sport Technical Committee for swimming in 2009 and served as its vice-chair until 2015.

"We are devastated to learn of Glenn’s loss," Jock O’Callaghan, the current President of Paralympics Australia, said.

"The thoughts of every director and staff member at Paralympics Australia are with Glenn’s wife Henny, their children and loved ones.

"Everyone within our organisation is in debt to Glenn’s contribution to the Australian Paralympic Movement over many years."

O’Callaghan added: "He was a wonderful leader, colleague and friend to so many people around the world.

"His achievements as President of Paralympics Australia will leave a legacy for years and decades to come.

"He was able to skilfully guide the organisation through one of the most tumultuous periods in its history between 2014 and 2015, and into a new era of Paralympic sport in Australia.

"In collaboration with our Board of Directors and our staff, he delivered a sustainable plan that brought us back from the brink to a position of organisational, financial and reputational strength."

Tasker was also at the helm for three successful Paralympic campaigns, which saw the Australian team achieve its targets of a top-five result at the Rio 2016 Summer Games and top-15 results at the Pyeongchang 2018 and Sochi 2014 Winter Games.

At Pyeongchang 2018, the Australian team achieved its best medal result at a Winter Paralympics in 16 years.

During Tasker's tenure, Paralympics Australia was also able to secure the Seven Network as a broadcast partner for Rio 2016 and Pyeongchang 2018.

"As the first-ever commercial television network deals for Australian Paralympic sport, the benefits have been far-reaching, including the continued growth of our largest-ever suite of corporate partners," O’Callaghan said.

"All of these accomplishments mean Glenn will always hold a special place in the Australian Paralympic Movement and rightfully so."

Two-time Paralympic medal-winning swimmer Annabelle Williams has also paid tribute to Tasker, whom she worked closely with over many years as an athlete, administrator and Paralympics Australia Board member.

"From his days as chief executive at Swimming Australia, I know he was hugely instrumental in bringing Para-swimming into the mainstream and he was then able to do that on a broader scale across all Para-sports so brilliantly in his role with Paralympics Australia.

"From an athlete’s perspective, Glenn always took the time to get to know our athletes, to talk to them and to be available to them and that is what we all loved most about him."