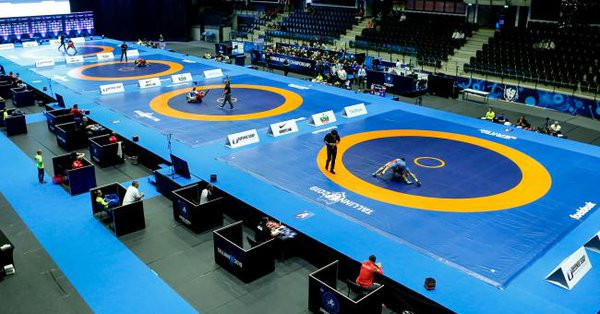 Iran won the two freestyle finals in which they were represented as the first sets of medals were handed out at the United World Wrestling World Junior Championships in Tallinn.

Among today's other winners was Japan’s Toshiya Abe, who edged the United States' Vitali Arujau in the 57kg final.

There were also final victories for Russia's Amkhad Tashukhadzhiev at 79kg and Ukraine's Erik Arushanian at 70kg.

Rounding off the 79kg podium were Azerbaijan's Abubakr Abakarov and Hungary's Milan Mester.

The US are set to be represented in three of the finals decided today with David Aaron Carr facing Japan’s Jintaro Motoyama at 74kg, Lucas John Davison meeting Russia’s Alan Bagaev at 92kg and Mason Mark Parris going up against Iran’s Amir Hossein Abbas Zare at 125kg.

All five finals are due to take place tomorrow.