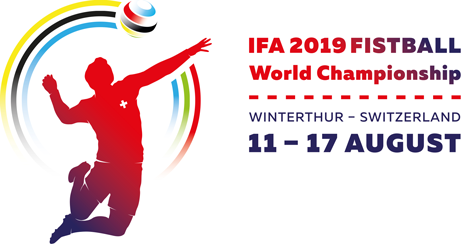 Germany beat Austria in the Group A decider on day three of the International Fistball Association (IFA) World Championship in Winterthur.

Austria had to settle for second place thanks to their previous victories against Argentina and Italy.

Italy came third in Group A after defeating Argentina 3-1.

There was also a deciding game in Group B with hosts Switzerland overcoming Brazil 3-1.

Chile beat the United States 3-1 in the battle to avoid finishing last.

In Group C, Czech Republic secured top spot with a 3-0 win over Serbia.

Namibia made it four wins out of four in Group D with a 3-0 win over Australia.

Denmark sealed the runners-up spot courtesy of a 3-0 victory against Japan, who later upset the odds to beat The Netherlands 3-1 and secure their first win at an IFA World Championship since the 2003 edition in Porto Alegre in Brazil.

The double elimination round is due to begin tomorrow, featuring the four teams from Groups A and B - Germany, Austria, Italy, Argentina, Switzerland, Brazil, Chile and the US - and the top two teams from Groups C and D – Czech Republic, New Zealand, Namibia and Denmark.