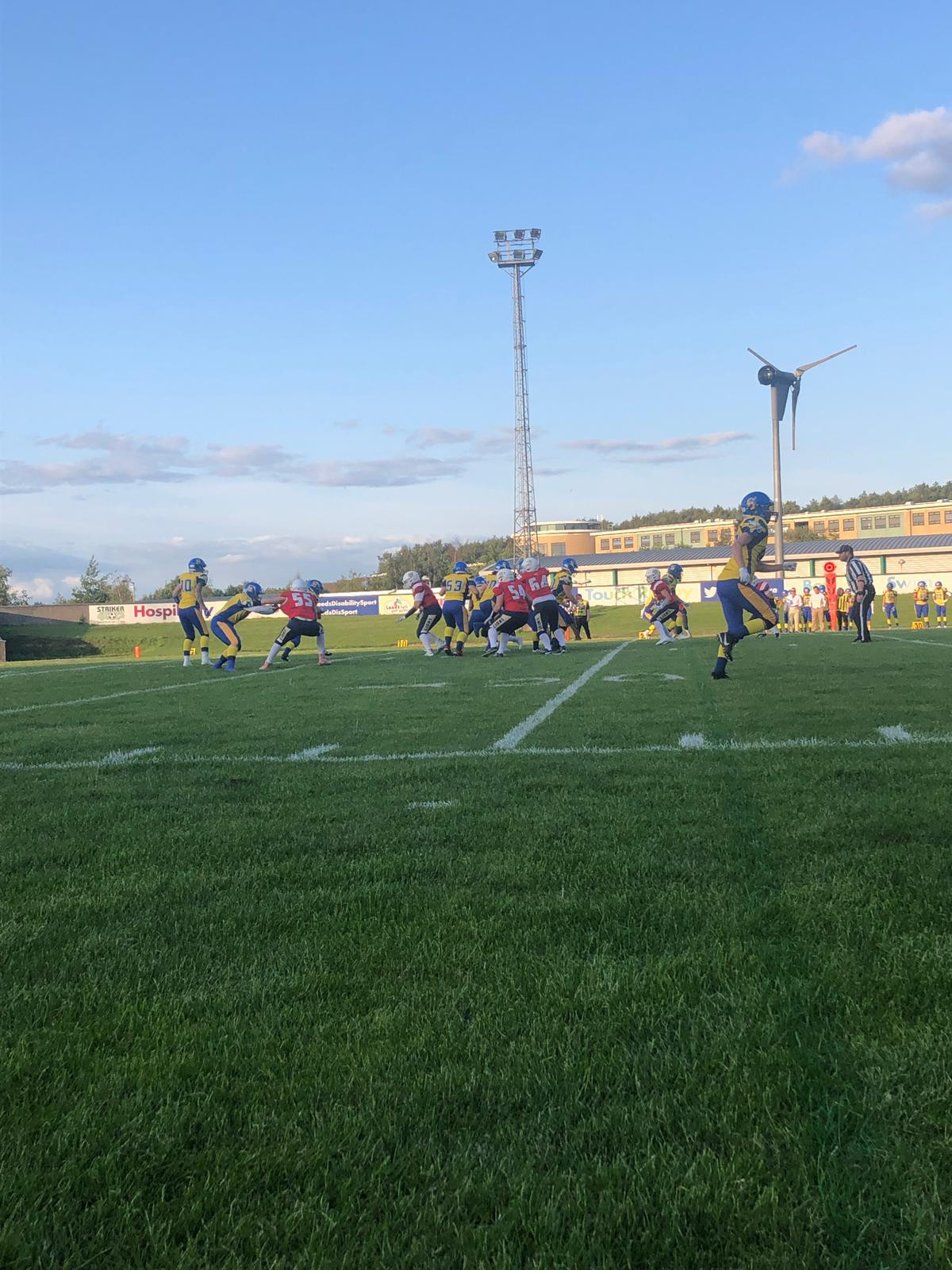 Hosts and favourites Britain have suffered a shock defeat in their opening game of the International Federation of American Football (IFAF) Women's European Championships.

With Britain ranked number one in Europe and matches played at the John Charles Centre for Sport in Leeds, they were expected to be the dominant force in the competition.

They now face an uphill battle after going down 9-6 to Sweden this evening, with reigning champions Finland having earlier put a marker down with a 50-0 victory over Austria.

Britain came into the match full of confidence but this was punctured in the first quarter when wide receiver Karin Ullen broke free down the sideline for an 88 yard touchdown catch.

Sweden, as underdogs, then executed perfect defence which, while not pretty was effective, and reached half-time 6-0 ahead.

And with this interception that's game over.
FT: Great Britain 6-9 Sweden pic.twitter.com/2rkQxCQoAA

Britain, meanwhile, were struggling for inspiration, consistently looking to running back Ruth Matta for any form of attacking intent.

Eventually it paid off in the third quarter, Matta running 74 yards for a touchdown only for Sweden to retake the lead with just over five minutes to go with a field goal.

Britain pushed forward to try and find a winning score but an interception with 30 seconds to go ended their hopes and ensured Sweden started with a shock victory.

Earlier, Finland cruised to victory over Austria, where they led 12-0 at half-time before running in six further touchdowns after the break.

Britain must now try to recover before they take on the Austrians on Wednesday (August 14), with the Finnish facing the Swedes in what could now prove a title decider.

The final day of competition is Saturday (August 17), when Austria are scheduled to face Sweden, followed by a clash between Finland and Britain.