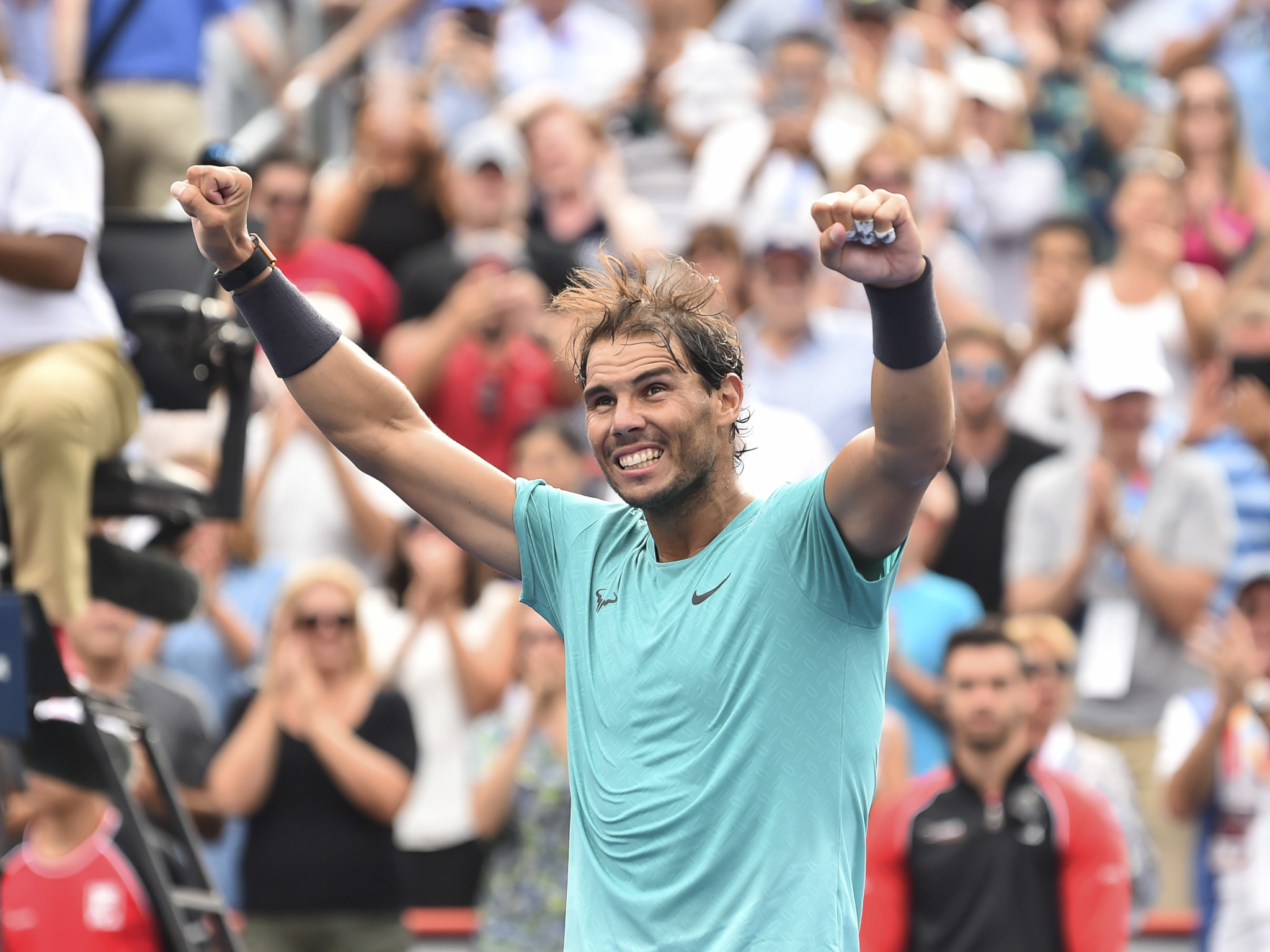 Nadal, who did not contest a semi-final after France’s Gaël Monfils withdrew due to an ankle injury, was tested early by the first-time ATP World Tour Masters 1000 finalist at the Canadian city's IGA Stadium.

But the 18-time Grand Slam-winning Spaniard wrapped up a 6-3, 6-0 victory in one hour 10 minutes to defend his Canadian Open title and claim his fifth triumph at the event in total.

The two teased the crowd with gut-busting baseline rallies in the opening game, and eighth seed Medvedev had a break point.

But world number two Nadal survived and went 3-1 ahead, the remainder of the first set staying on serve.

Medvedev, who beat two top-10 players on his way to the final in compatriot Karen Khachanov and Austria's Dominic Thiem, fell apart in the second set.

He made four double faults and hit a backhand long on Nadal's first match point.

"He played a great game, some very long rallies," Nadal, who was playing in his 51st ATP World Tour Masters 1000 final, said.

"For me it was important to start the match in good shape.

"He came to that match playing so well, playing a lot of matches [in recent] weeks.

"For me, it was a different story.

"I only played three matches on hard [courts] before this one."

In the final of the Women's Tennis Association Premier 5 event in Toronto, American great Serena Williams retired with a back injury to gift the title to home favourite Bianca Andreescu.

Andreescu became the first Canadian to win the Rogers Cup in 50 years, after an ailing Williams withdrew while trailing 3-1 at the Aviva Centre.

"It's not easy for Serena to pull out, especially in a final," Andreescu said.

"I know how she feels because I've done that many times in my short career.

"But sometimes you just have to listen to your body.

"My whole back just completely spasmed, to a point where I couldn't sleep and I couldn't really move," Williams said.

"I don't want to get this far and not at least try.

"I think I would have really regretted not at least going out there and seeing maybe if a miracle happened."