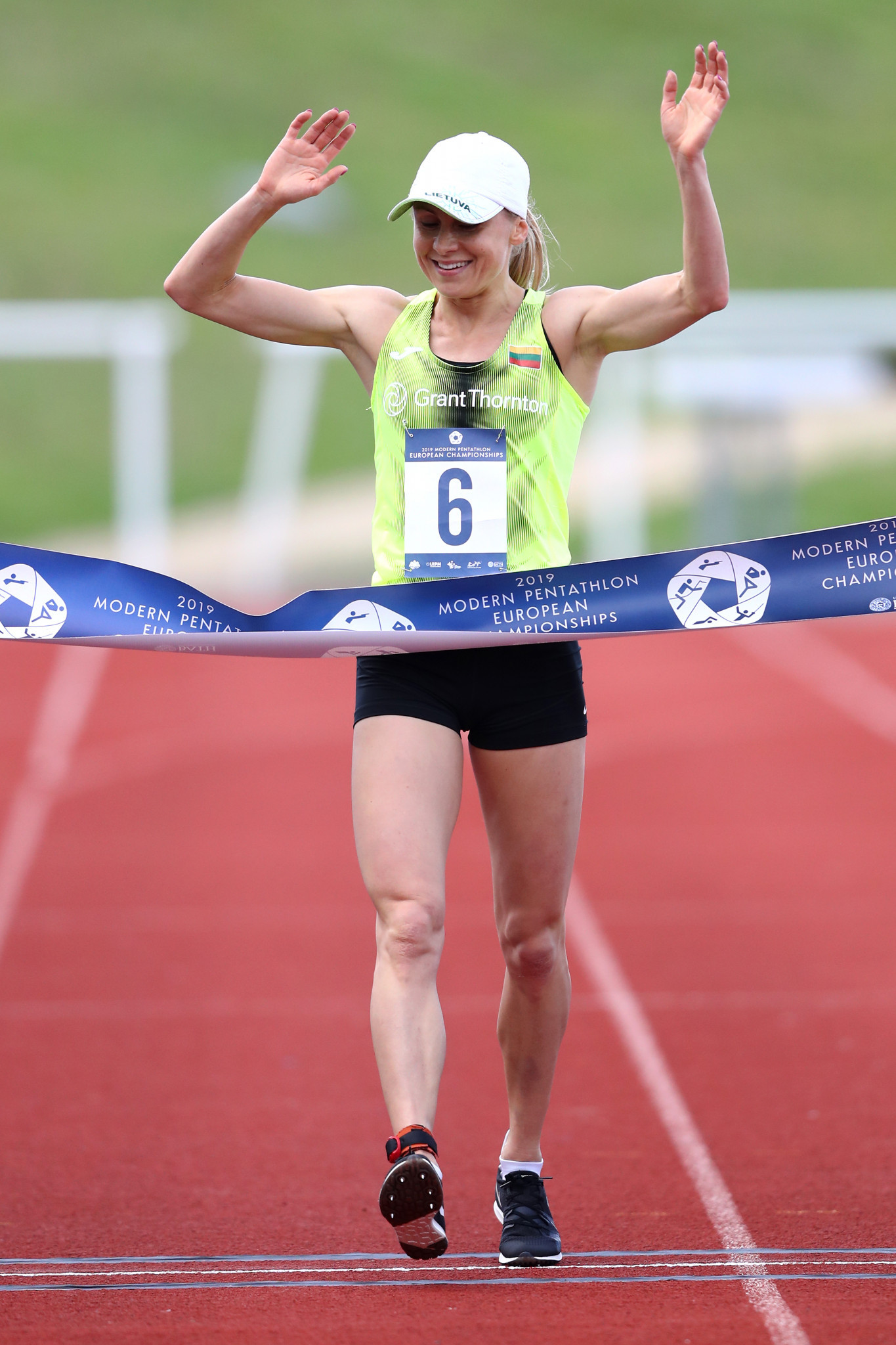 Lithuania's Laura Asadauskaitė has won the women's event at the European Modern Pentathlon Championships after overhauling home favourite Kate French in the final stages in Bath.

The British pentathlete had started the final laser-run event second behind Belarus' Iryna Prasiantsova at the University of Bath, however, soon moved into the lead with Asadauskaitė on her tail.

Asadauskaitė, sixth going into the final discipline, was quicker and more accurate on the shooting range to chip away at the gap to French, before overtaking her on the penultimate lap of the running course.

There is clearly something about competing in Britain that agrees with Asadauskaitė.

She won the 2012 Olympic gold medal in London and was victorious the last time the European Championships were held in Bath four years ago.

The 35-year-old eventually came home first with an overall score of 1,390 points, nine ahead of French, who repeated her silver medal finish Székesfehérvár last year.

Prasiantsova, who could only record the 15th fastest time in the laser-run having led since winning the fencing discipline to start the final, claimed the bronze medal.

Hosts Britain were well represented among the top finishers, with Joanna Muir in fourth place and Francesca Summers in seventh.

Enduring a disappointing day was Volha Silkina of Belarus, who looked well placed in third after three events, having lost the chance of a medal in the team event when she was thrown from her horse during the riding discipline.

However, she could only come 22nd of 36 competitors in the laser-run, dropping her down to sixth overall.

Last year's European champion, France's Marie Oteiza, also had a poor day, finishing 10th overall and with a best place in any of the individual disciplines of fifth, in the riding.