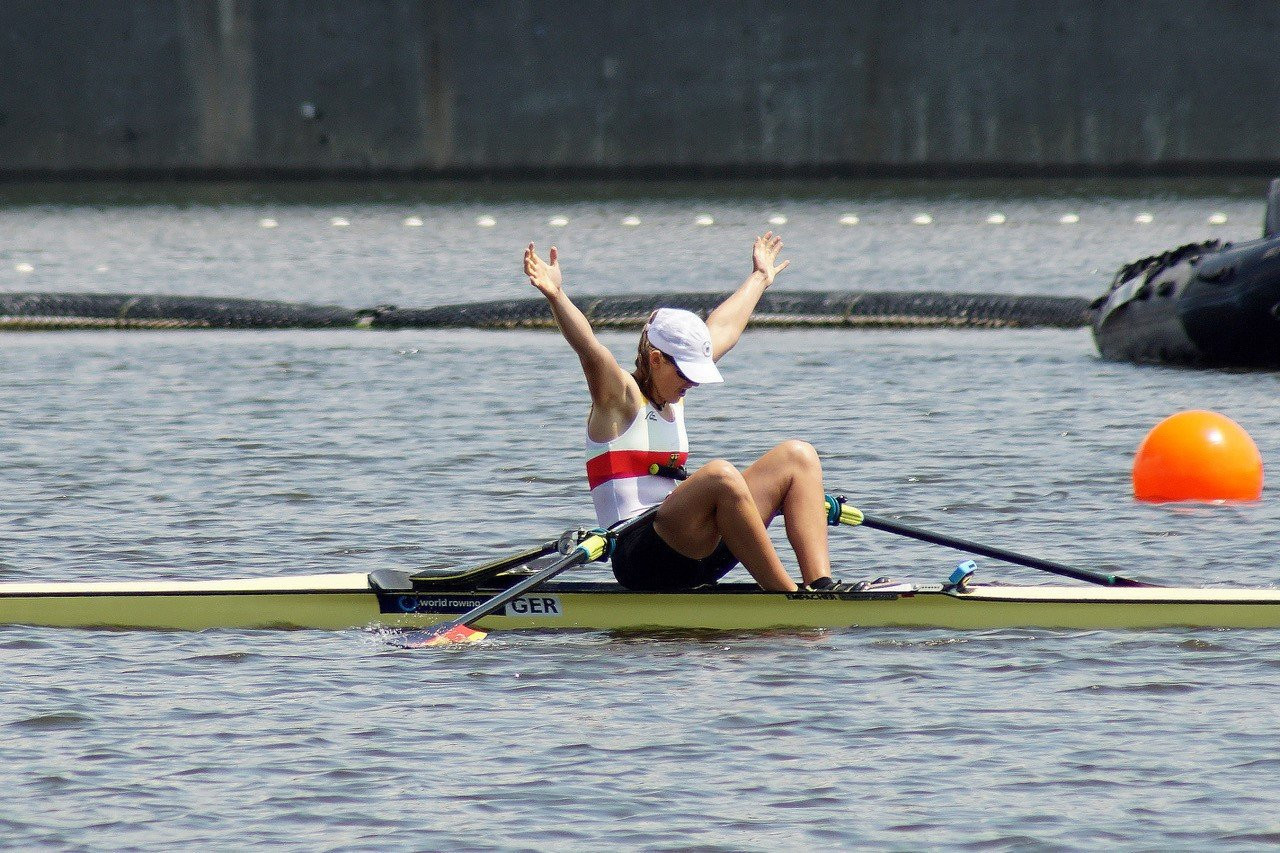 Several rowers were reportedly treated for heatstroke at the 2019 World Rowing Junior Championships, which also served as a test event for the Tokyo 2020 Olympic regatta.

The Championships were held at the Sea Forest Waterway, built by sectioning off a shipping channel in Tokyo Bay, which will serve as the location for the rowing events at next year’s Olympic and Paralympic Games.

While the conditions on the water were suitable for competition, the extreme heat and temperatures caused problems for rowers, who were all under the age of 18.

Temperatures reached around 34 degrees, with Japanese agency Kyodo News reporting that a British rower was unable to move following his race and had to be stretchered to the medical station, while athletes were seen "staggering" during the medal ceremonies.

A member of medical staff said additional safety measures, including a dedicated cooling off area, would be needed during the Olympics, while officials said the ice baths and mist cooling system used during the Junior Championships were not enough.

There are also concerns over the safety of spectators, as around half of the 2,000 seats at the venue are uncovered.

An executive from the Japan Rowing Association said: "A roof is absolutely necessary, even if it is of the simplest design."

Immense summer temperatures in Tokyo are proving a major concern one year prior to the 2020 Olympics.

A total of 57 people have died across Japan as a result of a heatwave between July 29 and August 4 and the country's main broadcaster NHK reports another 18,347 people have been taken to hospital, with temperatures remaining above 31 degrees Celsius since July 24.

Goodbye from Tokyo, thank you to everyone involved! See you in Linz-Ottensheim!

In the competition itself, Germany topped the medal table with five golds, including in the men's eight and women's single sculls, and 12 in total.

Alexandra Foester also added gold for Germany in the women's single, holding off a strong challenge from Russia’s Anastasiia Liubich, who got silver, while bronze went to Katelin Gildersleeve of the United States.

China collected six medals with two golds, including in the women's eight, placing them second on the overall medals table.

Italy, who earned seven medals, won their only gold in the first final of the day, the women’s coxed four.

"We’ve training for the last two years to try and achieve this, so it’s a really special moment," Henriques said.

"The dream would now be to represent Australia - both at Under-23 level and then ultimately at the senior level."

"We are very proud to have this excellent new rowing course," he said at the conclusion of the event.

"The installations and fittings are remarkable.

"I would like to recognise the significant investment in this project."