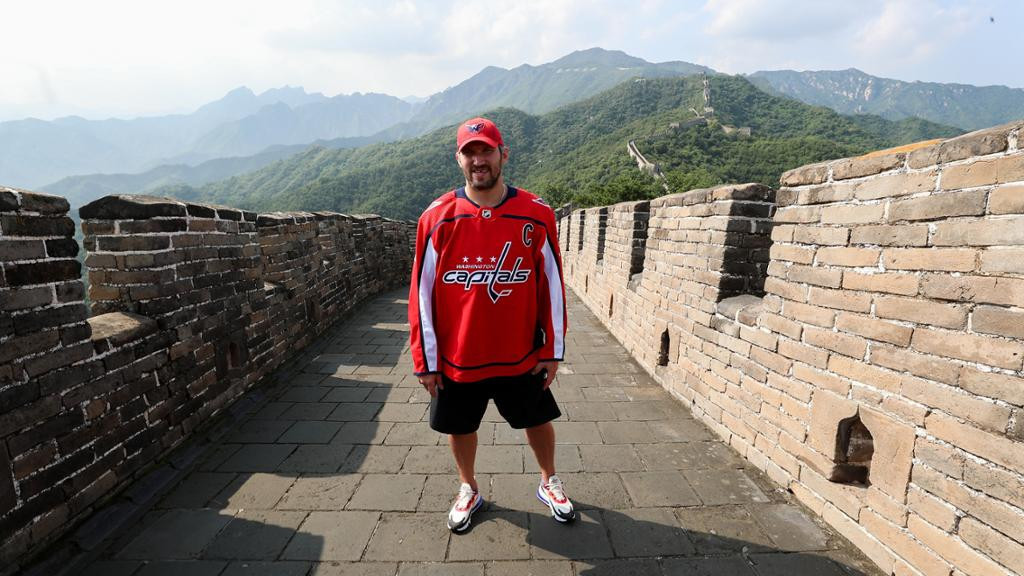 Russian ice hockey star Alex Ovechkin claims China has the potential to be a future power in the sport following a five-day ambassadorial visit for the National Hockey League (NHL).

The NHL played pre-season games in China in 2017 and 2018 and plans to return there next year, with Washington Capitals forward visiting this summer to help promote the game.

"I met people who want grow hockey in China.

"It's been a great trip and, hopefully, I'll come back here next year, and we'll do some bigger stuff."

Having been greeted by around 40 young ice hockey enthusiasts at the airport wearing his number eight jersey when he arrived, Ovechkin proved equally popular at a series of practices and demonstrations held throughout the country.

One of these was held at the Bloomage Live International Sports and Culture Centre in Banan, where ice hockey is due to be played at the 2022 Winter Olympics in Beijing.

With the national team qualifying automatically for the tournament, China are looking to increase the game's popularity and profile before traditional powerhouses such as Russia and the United States arrive.

"I know lots of people are interested in that and hopefully it will raise interest.

"I think it's very important for the Chinese people, the Chinese Government to build lots of hockey rinks, bring some coaches here and learn the game, and I think they will do well."

China's men have never previously competed at the Winter Olympics in ice hockey, while the women reached the semi-finals at Nagano 1998, and managed seventh-place finishes at Salt Lake City 2002 and Vancouver 2010.