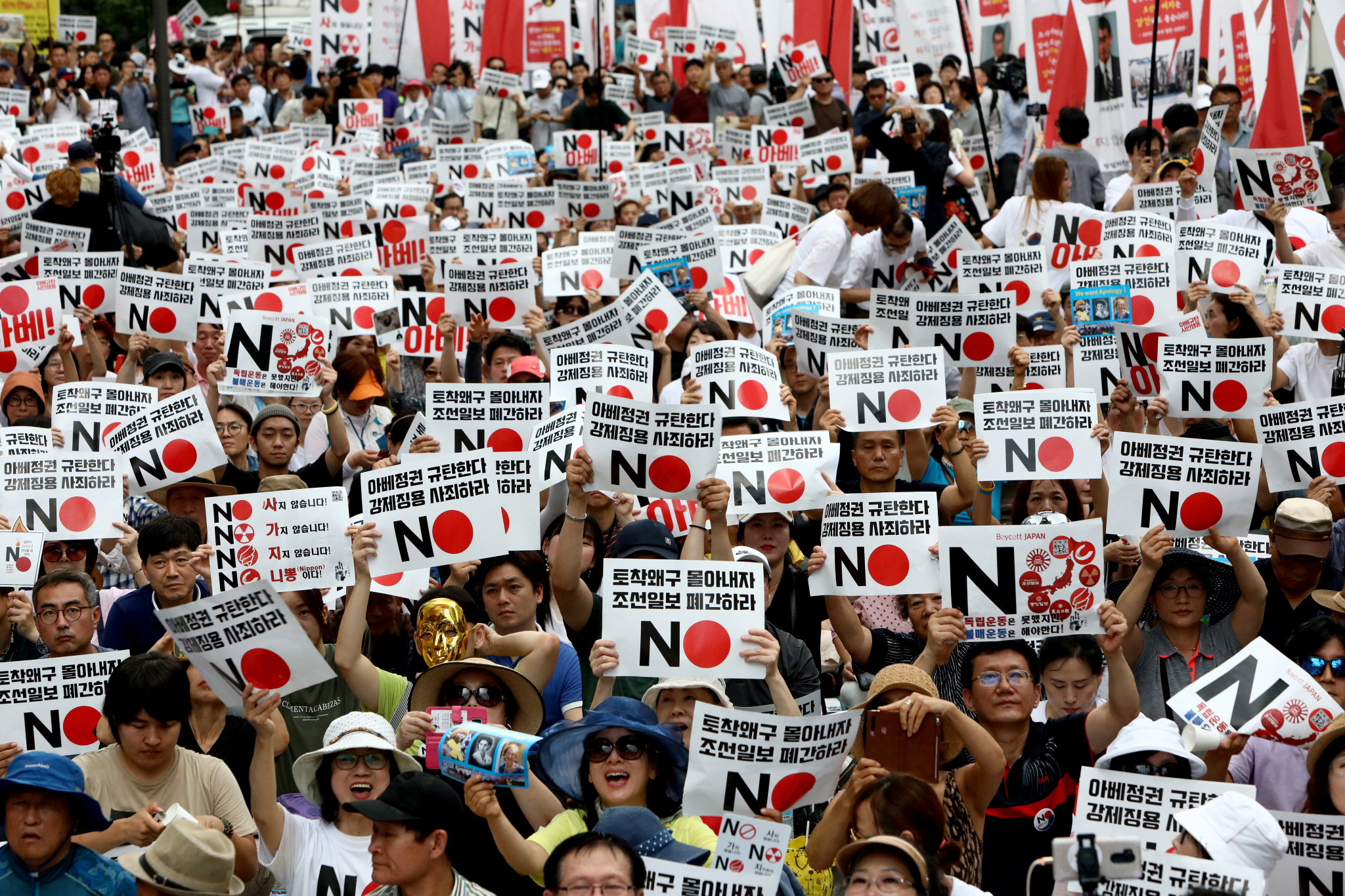 An international curling event due to take place at the venue that hosted the sport during the 2018 Winter Olympic Games has been drawn into an escalating diplomatic dispute between Seoul and Tokyo.

Gangneung in Gangwon Province was scheduled to be the host city for the South Korea-China-Japan Women’s Curling Competition, starting on Friday (August 16).

But it has now decided not to invite a team from Japan to take part in the tournament at the Gangneung Curling Centre.

South Korea and Japan are currently locked in a bitter trade war that started last month when Tokyo announced they would tighten control over three chemicals crucial to producing semiconducters for electronic devices.

Semiconductors are South Korea's top export and any damage to the industry could seriously jeopardise its economic future.

Japan claimed it was setting such restrictions because it believed they leaking sensitive information to North Korea, something Seoul has denied.

The dispute took another turn yesterday when Japan removed South Korea from its "white list", an index of trusted trade partners.

This would lead to even more delays in exports of items like auto parts and household electronics to South Korea.

Organisers of the event in Gangneung had originally planned to keep to their plan to invite a team from Japan.

They changed their mind, however, following the decision to remove South Korea from the "white list" and withdrew the offer of financial support for the Japanese team.

The tournament, scheduled to end on August 18, will instead feature the Gyeonggi Provincial Government Team chosen as South Korea's national team for the 2019-2020 season, "Team Kim" that won the women's silver medal at Pyeongchang 2018, and the North Gyeongsang Sports Council Team.

They will be joined by a team from China’s Harbin University Team.

Two men's teams from South Korea made the trip as scheduled.