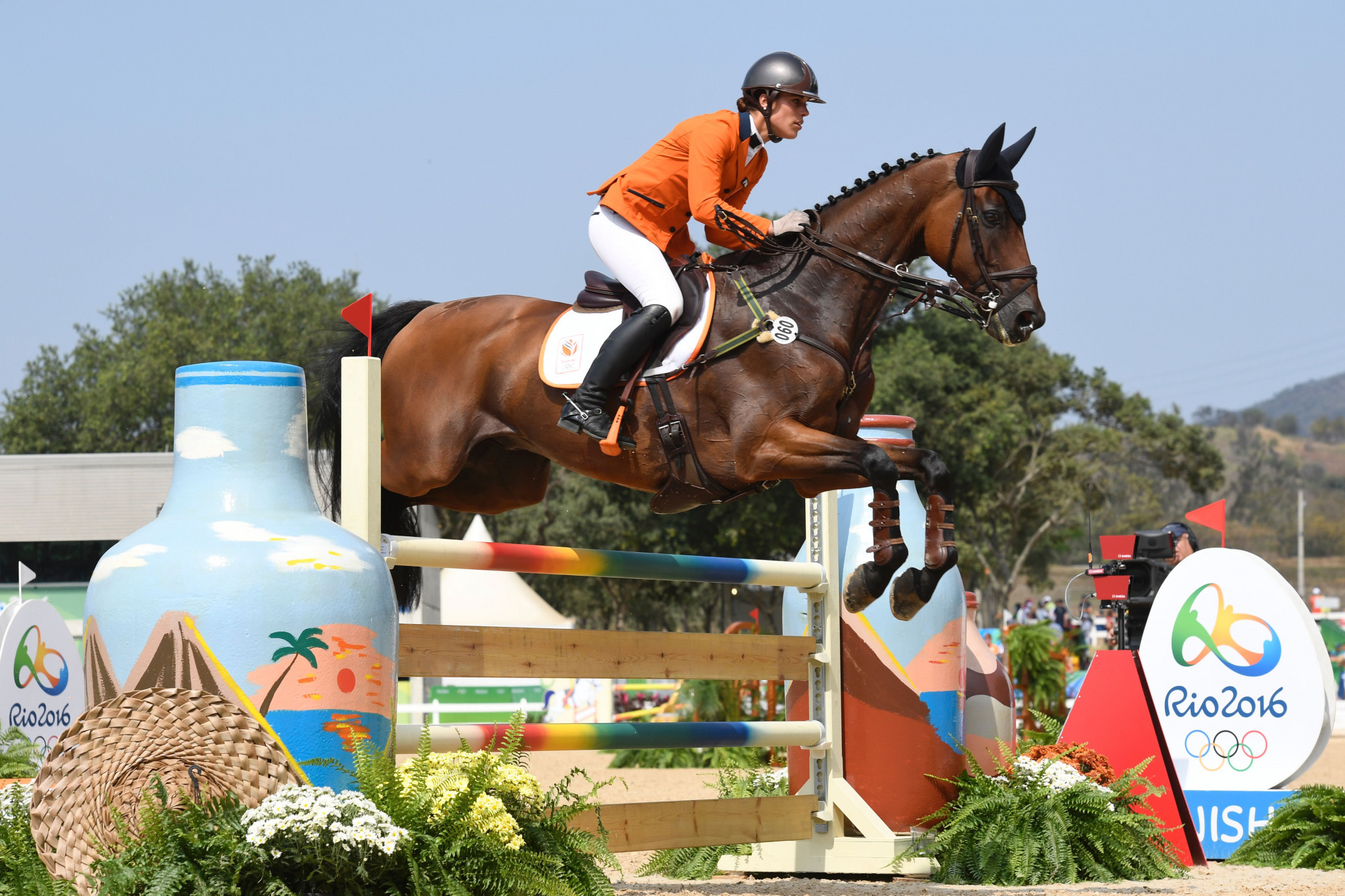 The Netherlands finished first in the team classification standings as the dressage part of competition concluded today at the International Equestrian Federation (FEI) Eventing Nations Cup event in Haras du Pin in France.

Merel Blom, Aliene Ruyter and Laura Hoogeveen combined across the two days of action to post a total of 95.9 penalty points at the Le Grand Complet leg.

France came second on 97.1 penalty points thanks to the performance of Thais Meheust, Karim Florent Laghouag and Clara Loiseau, while Sweden were third on 97.9 courtesy of the efforts of Malin Petersen, Sofia Sjoborg and Jonna Britse.

Completing the standings were Britain with 99.4 penalty points, Switzerland with 103, Belgium with 104 and Italy with 107.6.

Germany's Andreas Ostholt, who is not competing as part of a team, finished second with 30.8 penalty points, while Sweden's Petersen came third with 31.

The cross-country part of competition is scheduled for tomorrow.

After four previous legs of the FEI Eventing Nations Cup season, Italy are setting the pace on 290 points.

Sweden are second with 285 points, while The Netherlands are third with 250.