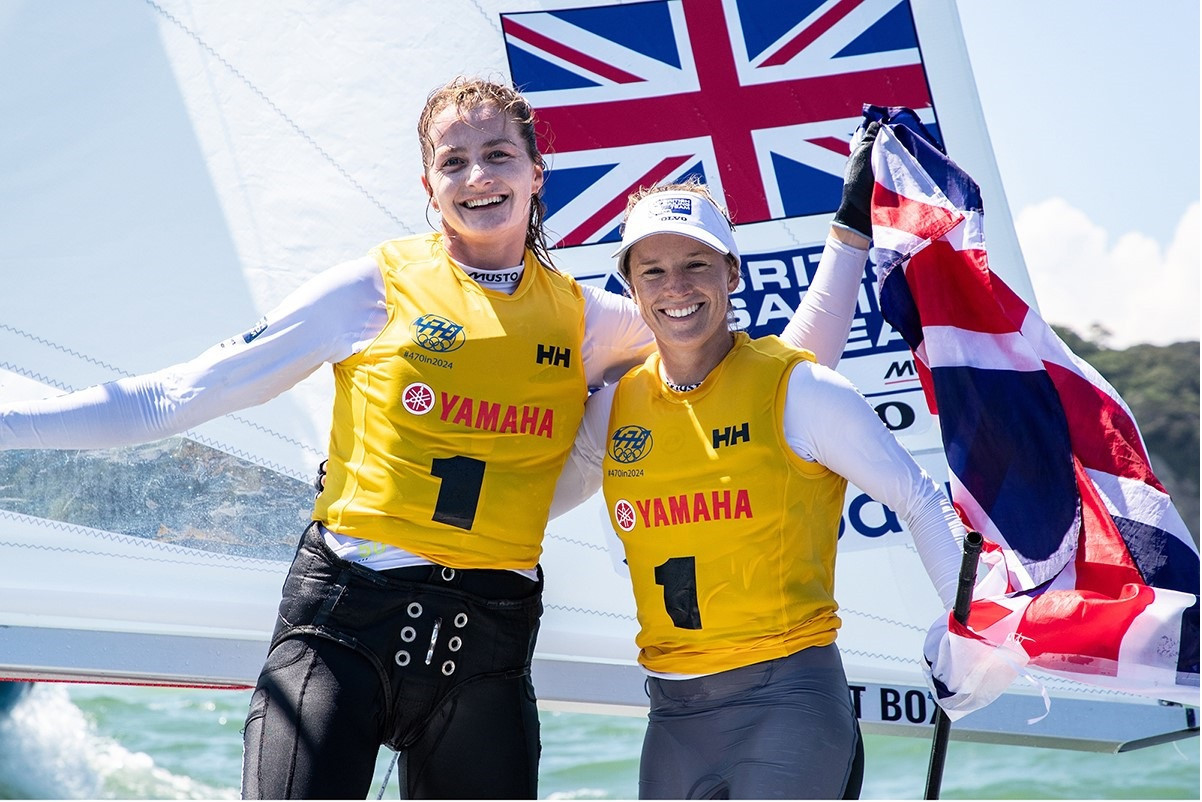 Britain’s Hannah Mills and crew Eilidh McIntyre were crowned the winners of the women’s event at the 470 World Championships in a tense finale on the waters of the sailing venue for the Tokyo 2020 Olympic Games.

It is the first time the duo, who joined forces in 2017 after Mills' London 2012 and Rio 2016 Olympics team mate Saskia Clark retired, have won a World Championship title.

"It’s amazing and such a relief to come out on top," reigning Olympic champion Mills, who last won the 470 World Championships alongside Clark in 2012, said.

"I couldn’t be happier or prouder to do it alongside Eilidh.

Mills and McIntyre went into today's double-points medal race with a slender one-point lead, forcing them to target Kondo Yoshida and Yoshioka.

At one stage, the Britons found themselves at the back of the fleet with their Japanese rivals, with the gold medal in the hands of France's Camille Lecointre and Aloïse Retornaz.

But they managed to bring themselves back up to seventh, one place ahead of Kondo Yoshida and Yoshioka, to keep their challengers at bay and secure top honours with 62 points.

Seven points separated Kondo Yoshida and Yoshioka and Lecointre and Retornaz in the bronze medal position.

In the men's event, Australia’s Mat Belcher and Will Ryan crossed the finish in third place to wrap up victory with 30 points.

It secured an eighth World Championship triumph for Belcher and the fifth in partnership with Ryan.

The much-anticipated gold medal duel between the pair and Spain's Jordi Xammar and Nicolás Rodríguez did not materialise.

That was after Xammar and Rodríguez were taken off the course at the windward mark for being over the line, along with France's Hippolyte Machetti and Sidoine Dantès, and Japan's Keiju Okada and Jumpei Hokazono.

Guessing they were over too, Belcher and Ryan returned to re-cross the start line by which time the rest of the fleet were well ahead.

They worked hard, not knowing at this point that Xammar and Rodríguez were about to be called off the track at the windward mark.

"We thought we were really close coming into the line and everyone was racking up super early, and we did talk about it and we said 'hey look, this could be an individual, do we go back or not'," Belcher said.

"The team made the right call and re-crossed the start.

"We were pretty confident in those conditions that if we made an early decision we could come back and race the race, and then for us to win at the top mark was fantastic.

"We have worked pretty hard and we are happy with that."

Despite the disappointment for Xammar and Rodríguez, their silver medal, with 45 points, is an upgrade on last year's bronze medal.

Third place went to Sweden’s Anton Dahlberg Dahlberg and Fredrik Bergström, who won the medal race to end on 54 points.