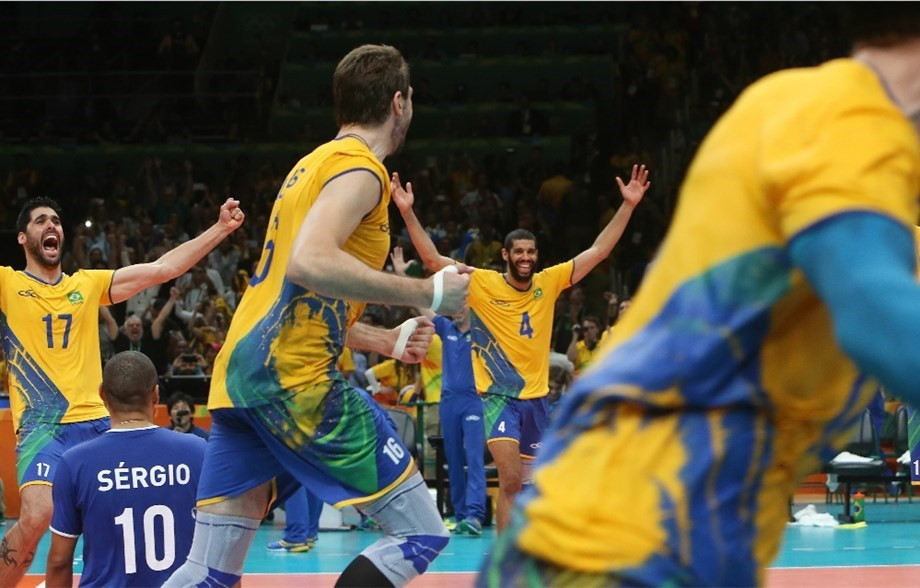 A group of 24 teams will begin their search for six available tickets to Tokyo 2020 tomorrow with the International Volleyball Federation Men’s International Olympic Qualification Tournament set to get underway.

The teams are divided into six pools of four, with the table toppers punching their tickets for next year’s Olympic Games.

Brazil, who triumphed at their home Games in Rio de Janeiro in 2016 to secure a third Olympic gold medal in their history, will compete in Pool A at the Palace of Culture and Sports in Varna along with hosts Bulgaria, Egypt and Puerto Rico.

They are the only country to have played in every single edition of the Olympic Games since volleyball was introduced to the programme at Tokyo 1964.

Reigning world champions Poland, meanwhile, will face some very tough opposition when they welcome France, Slovenia and Tunisia to the Pool D event at Ergo Arena in Gdańsk.

Rio 2016 silver medallists Italy will also need to overcome a huge hurdle when they meet Serbia at Palaflorio in Bari.

Three-time Olympic champions the United States are on the road in their quest to make Tokyo 2020, travelling to the Rotterdam Ahoy to go up against hosts The Netherlands, Belgium and South Korea in Pool B.

The Americans were bronze medallists last time around in Rio 2016.

Reigning European champions Russia are at home at the Sibur Arena in Saint Petersburg, but they are in for a tough challenge from Iran in Pool E, which also includes Cuba and Mexico.

This is the only qualification pool in which all four participants played at Rio 2016.

Russia finished fourth after blowing a two-set lead against the US in the bronze medal match, while Cuba and Mexico failed to make it beyond the preliminary round.

Argentina and Canada are expected to battle it out for glory in Pool F at Beilun Gymnasium in Ningbo, where they also face hosts China and Finland for a spot at Tokyo 2020.

Both the South and North Americans were knocked out in the quarter-finals at Rio 2016, with Argentina losing to Brazil and Canada falling to defeat at the hands of Russia.

The six table toppers will be joining Japan at Tokyo 2020, with the hosts having already claimed one of the 12 available berths.

A further five teams will emerge in January from the Continental Olympic Qualifying Tournaments to complete the Tokyo 2020 line-up.