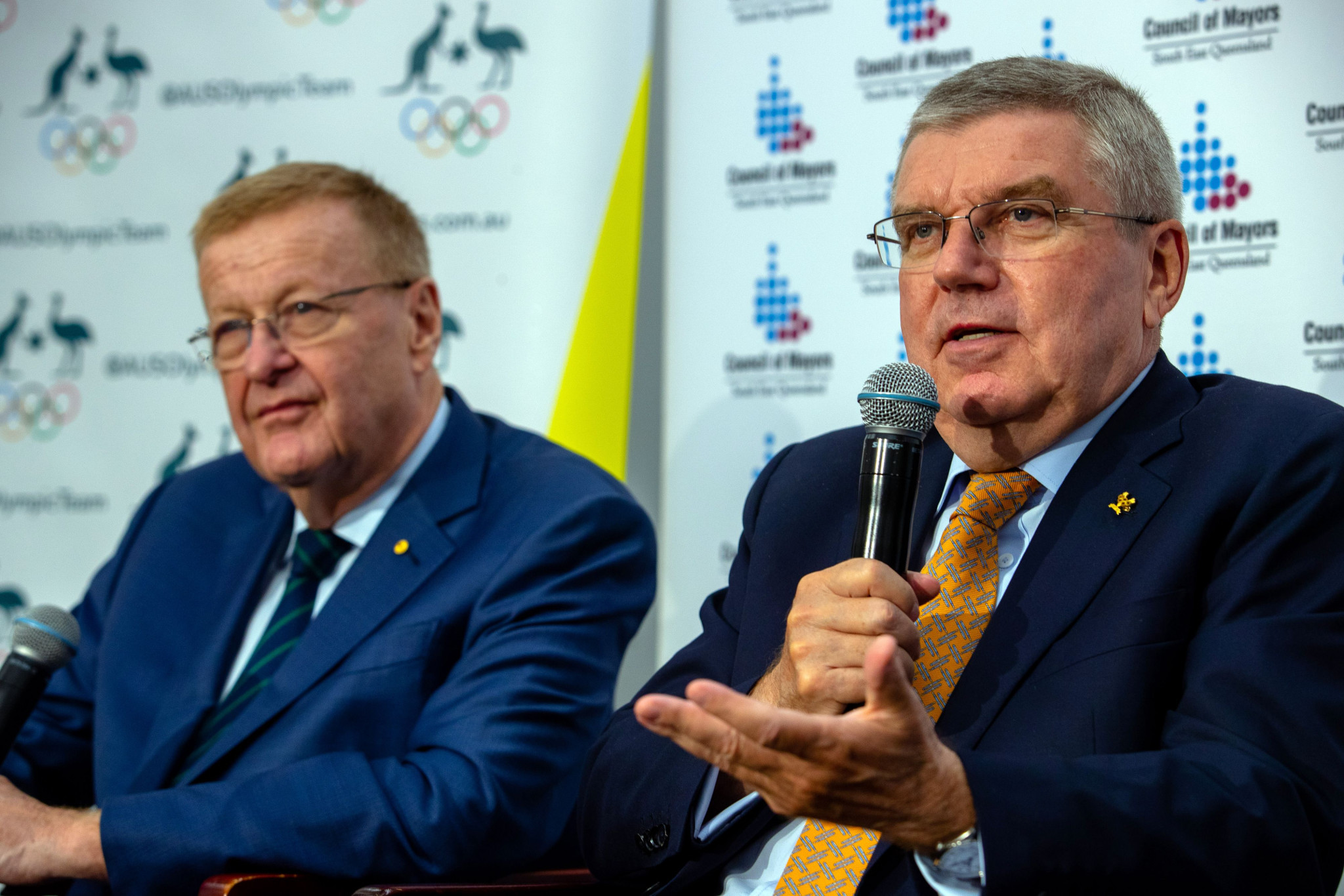 The Australian Olympic Committee (AOC) has expressed confidence in Brisbane and Queensland mounting a compelling case to host the 2032 Olympic and Paralympic Games following the inaugural meeting of a candidature leadership group in Cairns today.

Also present was Fairfax Member of Parliament Ted O’Brien, who will be the Prime Minister’s representative in delivering on the Commonwealth’s commitments towards a candidature, and AOC President and International Olympic Committee (IOC) member John Coates.

Queensland Tourism and Events Minister Kate Jones attended the meeting and will be the State's second representative.

Mark Jamieson, President of the Queensland Local Government Association and Mayor of Sunshine Coast, was in attendance too and he will be CoMSEQ’s second representative.

Coates claimed the meeting reaffirmed the commitment from all levels of Government and the AOC ahead of a first meeting as a group with IOC President Thomas Bach in Lausanne next month.

"Today was an outstanding start and strong display of unity," he said.

"My thanks and congratulations to the Prime Minister for his initiative in establishing the leadership group.

"The leadership group will ensure a disciplined approach and alignment between all levels of Government.

"We know Queensland and Australia has the capability and experience to host an Olympic Games in this country for a third time but must ensure that all planning is aligned with Queensland’s long-term requirements, particularly transport infrastructure, including fast rail, community well-being and grass roots sports."

Coates paid tribute to CoMSEQ in laying the foundations through the comprehensive feasibility study they commissioned and released last year and the Queensland Government for their ready appreciation of the significant benefits that the Olympics and Paralympics can bring to all of Queensland.

The Queensland Government Taskforce will now take this to the next stage, the AOC revealed.

Palaszczuk last week met with Coates as officials and politicians in the region attempt to map out their plan for securing the hosting rights for the Games in 13 years' time.

It is claimed some officials are pushing for Australia to be awarded the Games as early as next year, an eventuality made possible by the IOC's changes to the bidding process at its Session in June.

"Recent changes to the Olympic Charter minimise candidature election costs and the election of a host is no longer limited to seven years before the particular Games," Coates said.

"Priority must be given to the use of existing and temporary venues.

"The construction of new permanent venues shall only be considered on the basis of sustainable legacy plans.

"The IOC recently wrote to the Premier advising that while it is too early to forecast the IOC contribution to the successful staging of the 2032 Olympic Games, any potential candidates should base their feasibilities and forecast budgeting on the $1.8 billion (£1.5 billion/€1.6 billion) IOC contribution to the operating budget of the LA2028 Organising Committee."

The Federal, State and Local Governments firmed up their interest in supporting a bid with the launch of an AUD$10 million (£5.6 million/$6.8 million/€6 million) taskforce last month.

The study will assess possible venues, transport infrastructure, the required funding and where it would come from.

The taskforce's work is expected to be finished by early next year and Queensland would then decide whether to launch a formal bid for the 2032 OIympics and Paralympics.

It comes after an 18-month feasibility study, which gave a bid from the region the green light but also warned significant investment would be required to upgrade transport networks and roads in the region if it is to have any chance of being successful.

Brisbane would be the main hub for the Games, while events would also take place in Gold Coast, which hosted the 2018 Commonwealth Games, and Townsville.

Competitions could also be held in Logan City, the Whitsunday islands and Cairns.

Palaszczuk was invited to the Olympic capital by Bach when the two met during the SportAccord World Sport and Business Summit in Gold Coast in May.

Bach said he was impressed by the plans at the meeting and the IOC has been vocal with its support for the Queensland bid since, taking every opportunity to talk up the interest from the Australian State.

The IOC President claimed last month the "early commitment and the well-known enthusiasm of the Aussies for sport are a great foundation for the 2032 Olympic Games in Queensland".