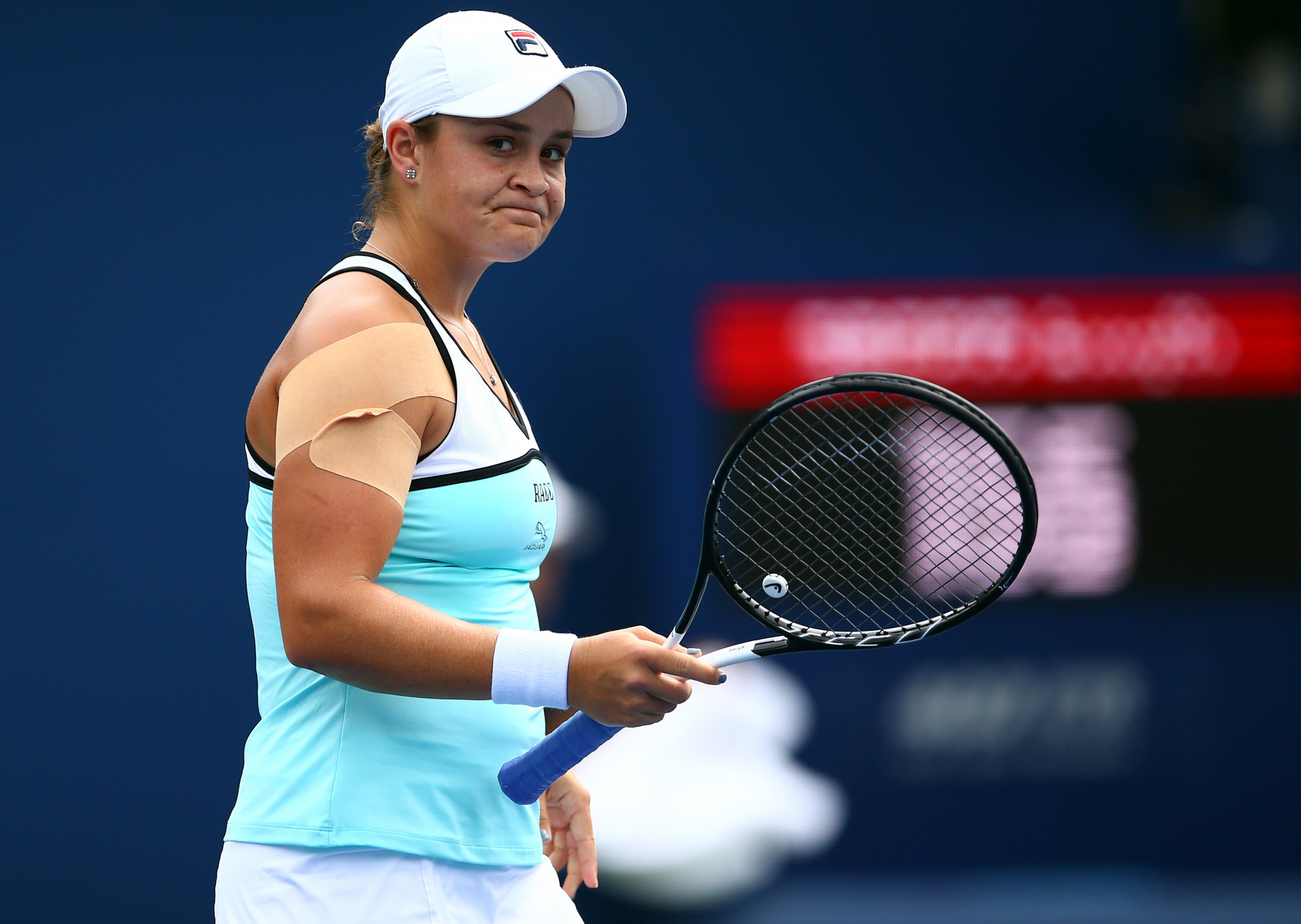 World number one Ashleigh Barty was knocked out of the Rogers Cup in the second round as American Sofia Kenin came through in three sets in Toronto.

The Australian, who won her first Grand Slam at the French Open in June en-route to the top of the rankings, was playing her first match since her fourth round defeat to Alison Riske at Wimbledon on July 8.

She recovered from 5-3 down to win the first set on a tiebreak but world number 29 Kenin broke consistently in the second and third to triumph on the hard courts at the Aviva Centre.

"I think these are courts where you need to be aggressive," said Barty, who will now likely lose her number one ranking.

"You need to be confident and trust yourself and really hit through the ball, and today I didn't have quite enough of that.

"And against a player like Sofia, who hits the ball so cleanly and so aggressive and takes it so early, that's something you need.

"And it wasn't there today, but she played an exceptional match when she needed to, and in the big moments she played some really good stuff."

Barty, who has struggled with pain in her right shoulder, could now be dethroned as world number one in Canada by either second ranked Naomi Osaka of Japan or third seeded Czech Karolína Plíšková.

Osaka must reach at least the third round to have a shot of overtaking Barty and will be huge favourite to do so when she takes on German qualifier Tatjana Maria tomorrow.

Plíšková needs to at least reach the semi-finals to stand a chance of reaching the summit.

American Sloane Stephens was another top name to fall in round two as the seventh seed, the 2017 US Open champion, was beaten 6-2, 7-5 by Czech player Marie Bouzková.

Dutch fifth seed Kiki Bertens was successful as she eased past American Francesca Di Lorenzo 6-2, 6-1 to make round three.

There was home interest as Bianca Andreescu beat Eugenie Bouchard 4-6, 6-1, 6-4 in an all-Canadian clash in round one, while American wildcard Venus Williams, a seven-time Grand Slam champion, was beaten 6-4, 6-2 by Spain's Carla Suarez Navarro in her first round clash.

In the men's tournament, taking place at the IGA Stadium in Montreal, Germany's third seed Alexander Zverev negotiated his second round clash.

Another all-Canadian clash in round one saw Felix Auger-Aliassime beat Vasek Pospisil 6-2, 6-7, 7-6.

Action in both Toronto and Montreal will continue tomorrow.

The event, also known as the Canadian Open, is a major stop on the way to the US Open, the last Grand Slam of the year which begins in New York City on August 26.

It is rated as an Association of Tennis Professionals World Tour Masters 1000 tournament for the men and a Women's Tennis Association Premier 5 competition.