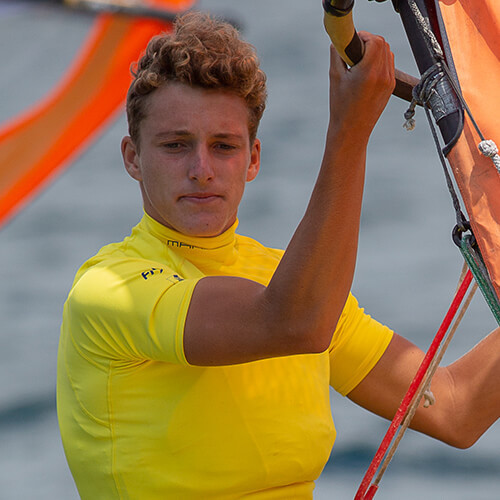 Frenchman Fabien Pianazza will bid to defend his RS:X World Youth Championship title when the competition gets underway in Saint Petersburg tomorrow.

He triumphed in the boys' RS:X class in style as he won the final six events, including the medal race, to top the standings on 19 points.

Renna, who claimed the silver medal at the Summer Youth Olympic Games in Buenos Aires last year, will be Pianazza's main rival for the gold medal in an event due to end on Sunday (August 11).

A total of 103 competitors from 19 countries are due to the water with two age categories to be contested, up to 17-years-old and up to 19-years-old.

Israel's Linoy Geva, winner of the gold medal in Gdynia, will be her main rival for World Championship glory.

The competition will be held at the Yacht Club of Saint-Petersburg and Commander Vladimir Lubomirov described the club's selection as host as a great honour.

"Saint Petersburg is a city that is made for sailors," said Lubomirov.

"One of our main tasks is to promote Saint Petersburg as a unique place for sailing competitions of the highest level.

"The RS:X Junior world championship is the main sailing event of this summer."