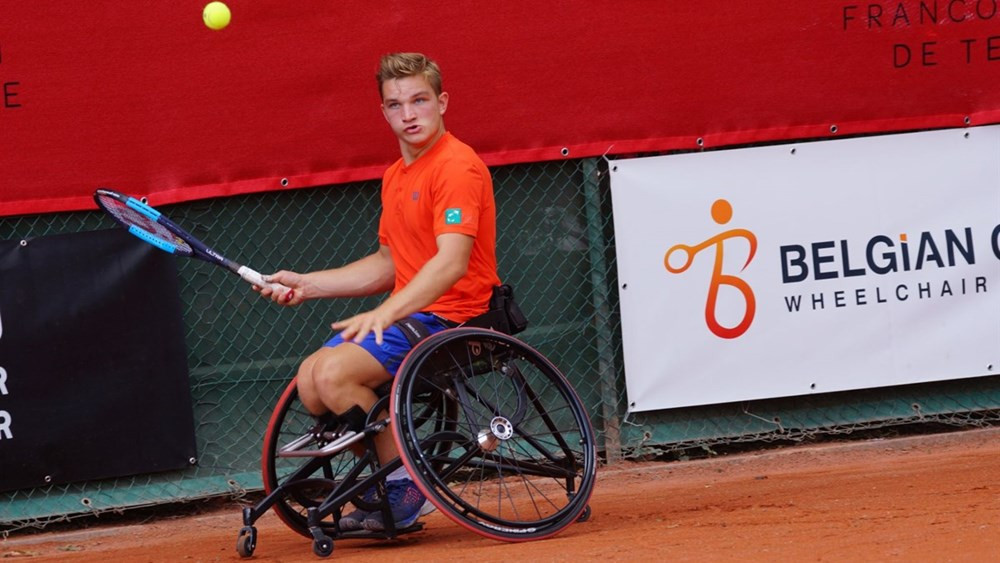 Yesterday, another home favourite, Joachim Gerard, had teamed up with Swede Olsson to inflict a 6-1, 6-2 defeat on Vandorpe and Dutchman Ruben Spaargaren.

But it was Vandorpe's day at the Geronsart Tennis Club as he fought back to win the International Tennis Federation One Series event 3-6, 6-2, 6-3 against the second seed.

The fifth seed is a rising star in the game and won women's doubles gold and singles silver at the 2018 Asian Para Games in Jakarta.

Her stock continued to rise in a dominant 6-3, 6-1 victory against Buis, who had not lost a set in reaching the final.

Netherlands star Sam Schroder was made to work for quads glory against South African Lucas Sithole.

Sithole, the third seed, raced to the opening set before being pegged back in a second set tiebreak.

It was top seed Schroder who made his experience count as he edged found his form to lift the title with a 1-6, 7-6, 6-4 triumph.