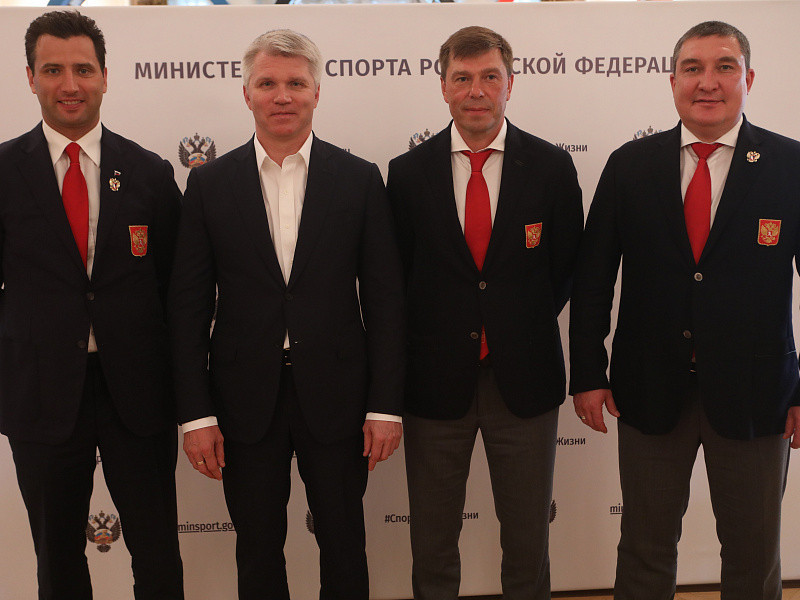 Alexei Kudashov's appointment as head coach of the Russian national ice hockey team was given the seal of approval in a meeting with Russian Minister of Sport Pavel Kolobkov.

Former Russian international player Kudashov took the reigns in July after Ilya Vorobyov was sacked as head coach, despite leading the country to the bronze medal at this year's International Ice Hockey Federation World Championships.

Kudashov has been tasked with winning the International Ice Hockey Federation World Ice Hockey Championships gold in Switzerland and retaining the Olympic title at Beijing 2022 that Russia won at Pyeongchang 2018.

"We have analysed plans for the preparation ahead of the 2022 Olympic Games.

"The IHFR has developed a very interesting development programme for players."

He also noted that the there is a high level of cooperation between the Ministry of Sport and the RIHF, which is based at the Novogorsk training complex.

Rotenberg thanked the Ministry of Sport for its support.

"We can see and feel their support," he said.

"We have wonderful facilities for the training process of our national teams, and we are developing the national development program and ice hockey development plans.

"It's important to work together for the benefit of Russian sport."

"All teams train in accordance to the same programme and we are trying to use the same philosophy as with the senior national side.

"We already have candidates to play at the World Championship and the Olympic Games.

"We are following the progress of all players."