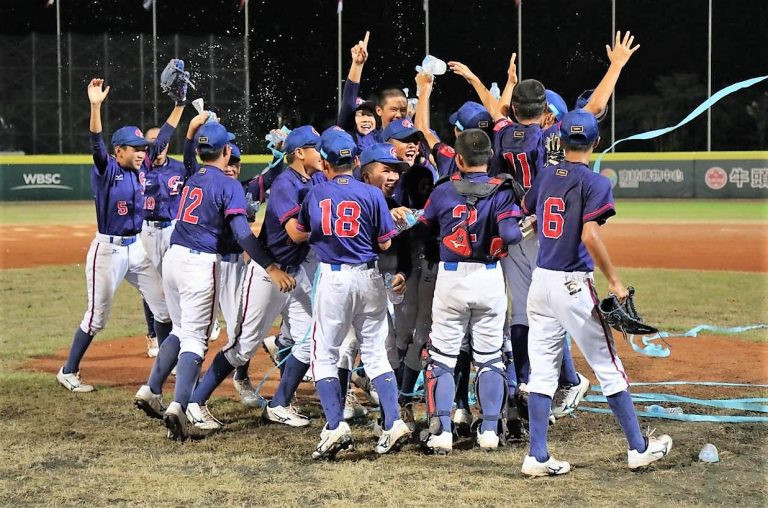 Starting pitcher Chen Kai Sheng was the nation's hero at the Tainan Asia-Pacific International Baseball Stadium as he shut out the world's best side for five innings in a 4-0 victory.

"I am really excited," said Chen at the end of the game.

"It is the very first championship I won since I started playing baseball two years ago."

Chen was named as the most valuable player for the tournament as he only allowed three hits.

He allowed back to back singles to right fielder Shintaro Sakamoto and second baseman Kazuki Takahata in the bottom of the third, but rescued the situation by striking out third baseman Haru Kataoka.

In the bottom of the fifth, a couple of defensive errors put Sakamoto at second and left fielder Kouta Kawashita at third, before Chen secured two strikeouts to end the innings.

Chinese Taipei got to Japan’s starter Sakuma Aoki in the top of the third with centre fielder Yu Yan Cheng claiming a single in the first run.

Catcher Jang Ting Yi welcomed reliever Kotaro Kawagoe with a single up the middle to make it 2-0, before Chen added two runs for a famous victory.

"Winning a World Championship at home is the thing that can make a sportsman truly happy," said Chinese Taipei manager Lee Kuo Chiang.

"I am really excited.

"What Chen Kai Sheng did was unbelievable.

"I have no words to say how much I respect his performance."