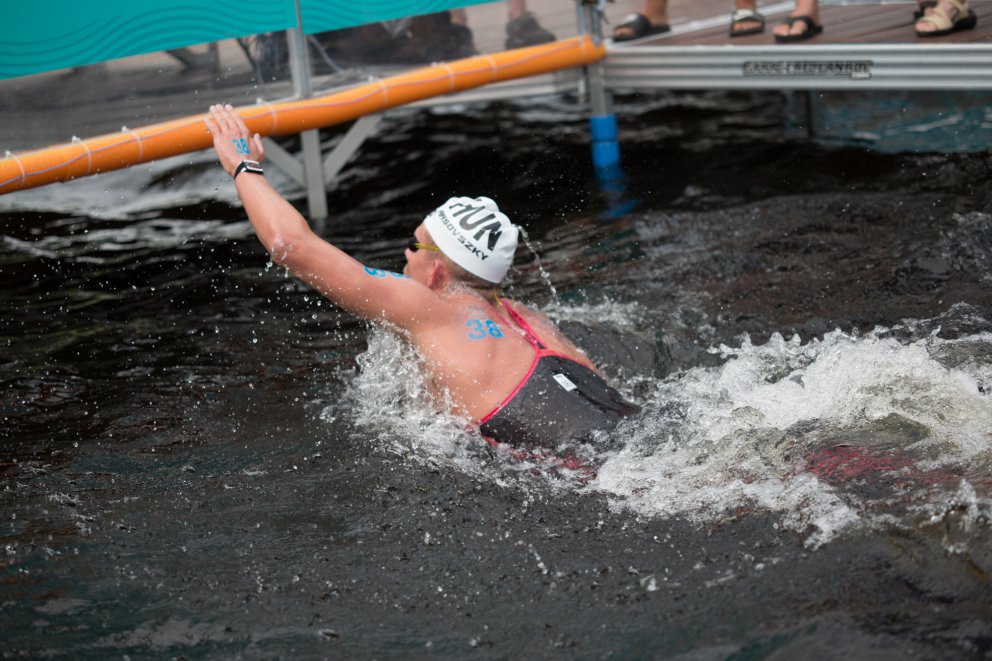 The Hungarian emerged as the clear winner from a sprint finish, in a time of 2 hours 06min 46.3sec.

Dario Verani of Italy was second, 1.8 seconds behind Rasovszky, while home swimmer Hau-Li Fan was judged to be third following a photo finish.

After claiming the seventh FINA Marathon Swim World Series win of his career, Rasovszky said: "For the first 2km, I was in the back of the pack to save energy, but it didn’t feel good for me.

"I wanted to know what was happening in the lead.

"After the 6km feed, I found myself in the lead; I don’t know how.

"In the last kilometre, I had a lot of people around me.

"I started to push more and really show something to the finish."

Having won half of the six races this season, Rasovszky will maintain the overall lead even though he misses the event in Chinese Taipei on September 7.

The women's event was won by Arianna Bridi of Italy in 2:24:30, 2.6 seconds ahead of compatriot Rachele Bruni, while Anna Olasz of Hungary was third.

It provided some redemption for the Italian after she came a disappointing 13th in the 10km event at the FINA World Aquatics Championships in Gwangju in South Korea.

“I tried to increase the speed three or five times, increase and slow down, then make a move 1500 meters before the finish and the waves were with us," Bridi said.

"I had a terrible World Championship, I didn’t qualify for the Olympics, so now I want to improve my experience so I have to do a lot of races, change my tactics, and learn to fight."

The next FINA Marathon Swim World Series event is due to place in in Ohrid in North Macedonia on August 28.