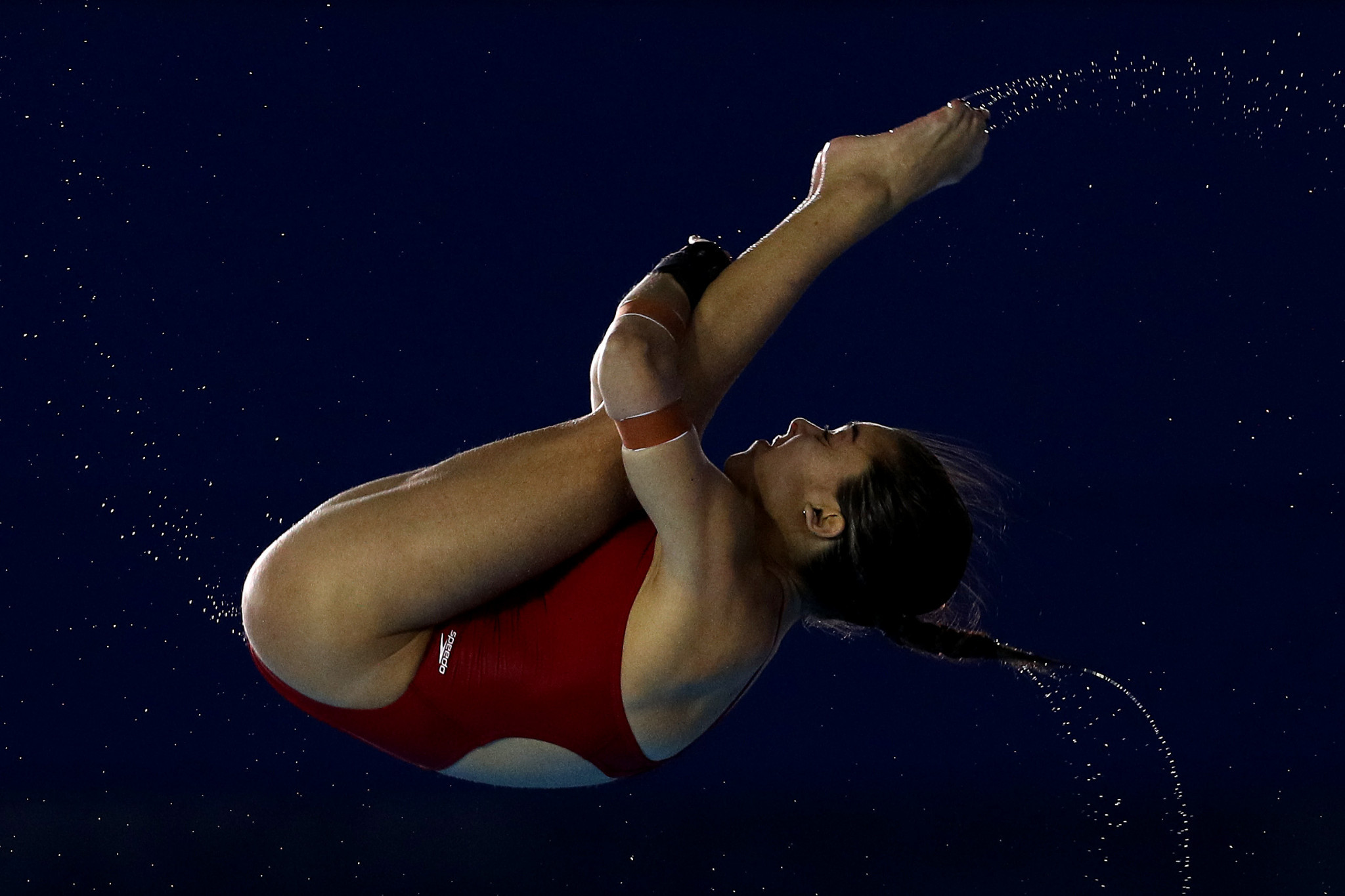 Meaghan Benfeito triumphed in the women’s 10 metres platform event at Lima 2019 to secure a berth at next year’s Olympic Games in Tokyo.

Benfeito would contest the gold medal with her team-mate Caeli McKay at the Aquatic Centre in the VIDENA Sport Complex, ahead of the duo competing in the synchronised event tomorrow.

The 30-year-old, a three-time Olympic bronze medallist, would emerge as the winner of the competition after five strong dives.

A score of 375.05 proved enough for Benfeito to win a maiden individual gold at the Pan American Games and a sixth medal in total.

The two-time Commonwealth Games champion, who carried Canada’s flag at the Opening Ceremony of Gold Coast 2018, would seal an Olympic place by winning the competition.

McKay finished as the runner-up on a score of 365.70, with Mexico’s Alejandra Orozco rounding off the podium on 356.10.

Canada’s Philippe Gagne and Francois Imbeau-Dulac settled for second on 414.21, while the United States’ Michael Hixon and Andrew Capobianco scored 404.13 for bronze.

At the Polígono Las Palmas venue, three gold medals were earned on the final day of shooting competition.

United States’ Sandra Uptagrafft was the victor in the women's 25 metre pistol final.

She beat Ecuador's Diana Durango in a shoot-off after both competitors finish on 27.

The United States enjoyed further success in the men’s skeet, where Christian Elliott won the competition with 50 points.

Guatemala's Juan Schaeffer placed second on 48, while Peru's Nicholas Pacheco was eliminated in third place on 40.

A clean sweep of shooting titles on the final day would elude the US team, as Argentina’s Fernanda Romero and Marcelo Gutierrez won the 10m mixed team air rifle final with 499.2.