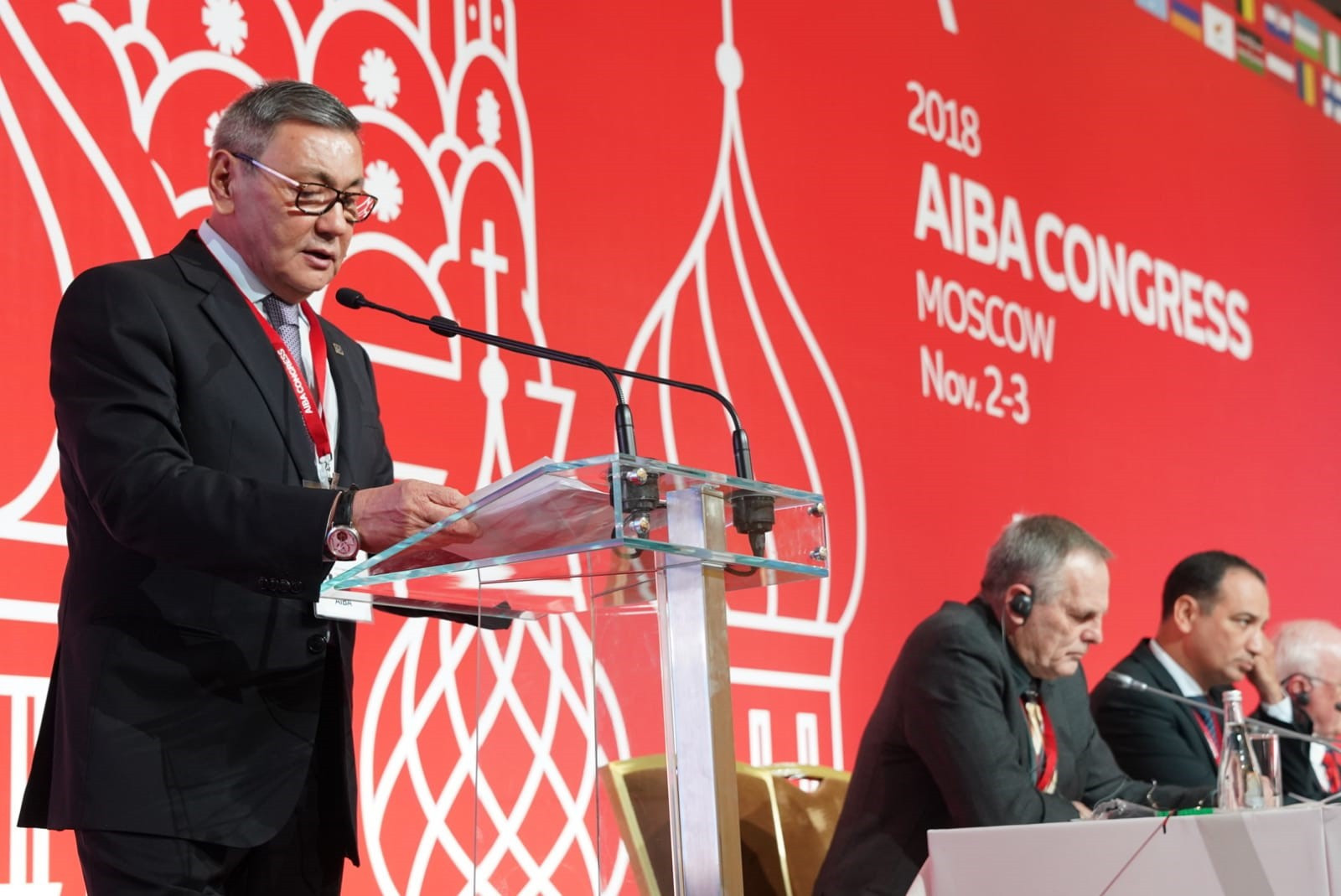 Uncertainty surrounding the future of the International Boxing Association (AIBA) is set to continue following claims that a request will be made to postpone the election of the replacement for Gafur Rakhimov as President of the embattled body.

AIBA executive director Tom Virgets told insidethegames that the Executive Committee will consider a suggestion to move the Extraordinary Congress, scheduled to take place on November 15 in Lausanne.

Virgets admitted there was no guarantee it would be switched but the American admitted concerns had been raised regarding the date agreed by the ruling Executive Committee at its meeting in Geneva in June, held after the International Olympic Committee (IOC) suspended AIBA's recognition as the Olympic governing body for the sport.

In a letter to Executive Committee members, seen by insidethegames, Virgets said that some wanted the Congress to be convened to change the statutes to pave the way for a elections to be held at a separate meeting.

Under AIBA's statutes, a new President must be chosen within 365 days of the election of the interim head of the organisation.

Mohamed Moustahsane was elected to the role on March 29, meaning the Congress to select Rakhimov's permanent replacement must take place no later than that date next year.

It is thought some members of the Executive Committee are pushing for the Presidential election to be pushed back from its November date to beyond the March 2020 deadline, which could prolong the crisis at AIBA.

According to the governing body's statutes, the date and place of the Congress "cannot be changed unless unforeseen circumstances occurred or in a case of force majeure".

The final decision on any potential switch rests with the AIBA Executive Committee.

A taskforce was created to oversee preparations for the Extraordinary Congress and to ensure AIBA has enough money to stage it at the June meeting.

Concerns regarding whether the Extraordinary Congress will be staged as planned have increased since after Virgets told Executive Committee members none of the decisions taken at the meeting, including the creation of the taskforce, have been implemented.

It was one of three groups set up at the extraordinary meeting in the Swiss city, with the other two focusing on relations with the IOC and its perilous financial situation.

The members of the respective commissions have not yet been appointed by AIBA.

"Unfortunately, only two of these issues have been addressed and voted on, and to date, their implementation has not taken place," Virgets wrote.

The American, who retained his position as executive director and is one of only four remaining employees at AIBA, also made a call for unity in his letter amid a divide within the Executive Committee sparked by the crisis following the IOC decision.

"Unity and finances have to be the primary focus," Virgets wrote.

"The IOC will decide who are the desirables and the undesirables of our organisation, and who of us will be allowed to stay and who must go as a condition of AIBA being accepted back into the Olympic family.

"This is the IOC’s determination, and we are not in control of the outcome of the decision, so it should not be our focus.

"Our focus must be on the things we can control which is primarily to bring together all of our limited manpower and financial resources and collectively find solutions to AIBA’s financial issues.

"The governance solutions will be delivered to us by the IOC, it will be the Executive Committee's decision as to whether or not to accept their terms.

"But AIBA will not be able to make that decision if the Executive Committee remains divided like it is today.

"Therefore, another focus must be on doing whatever is necessary to bring unity to the AIBA Executive Committee."

Rakhimov, whose election as President last November triggered the IOC investigation into AIBA owing to his status with the United States Treasury Department as "one of Uzbekistan's leading criminals", formally resigned last month.

The 68-year-old had stepped aside in March following pressure from the IOC and his resignation was widely expected after the Executive Committee scrapped a controversial bylaw which effectively allowed him to return as President without an election.