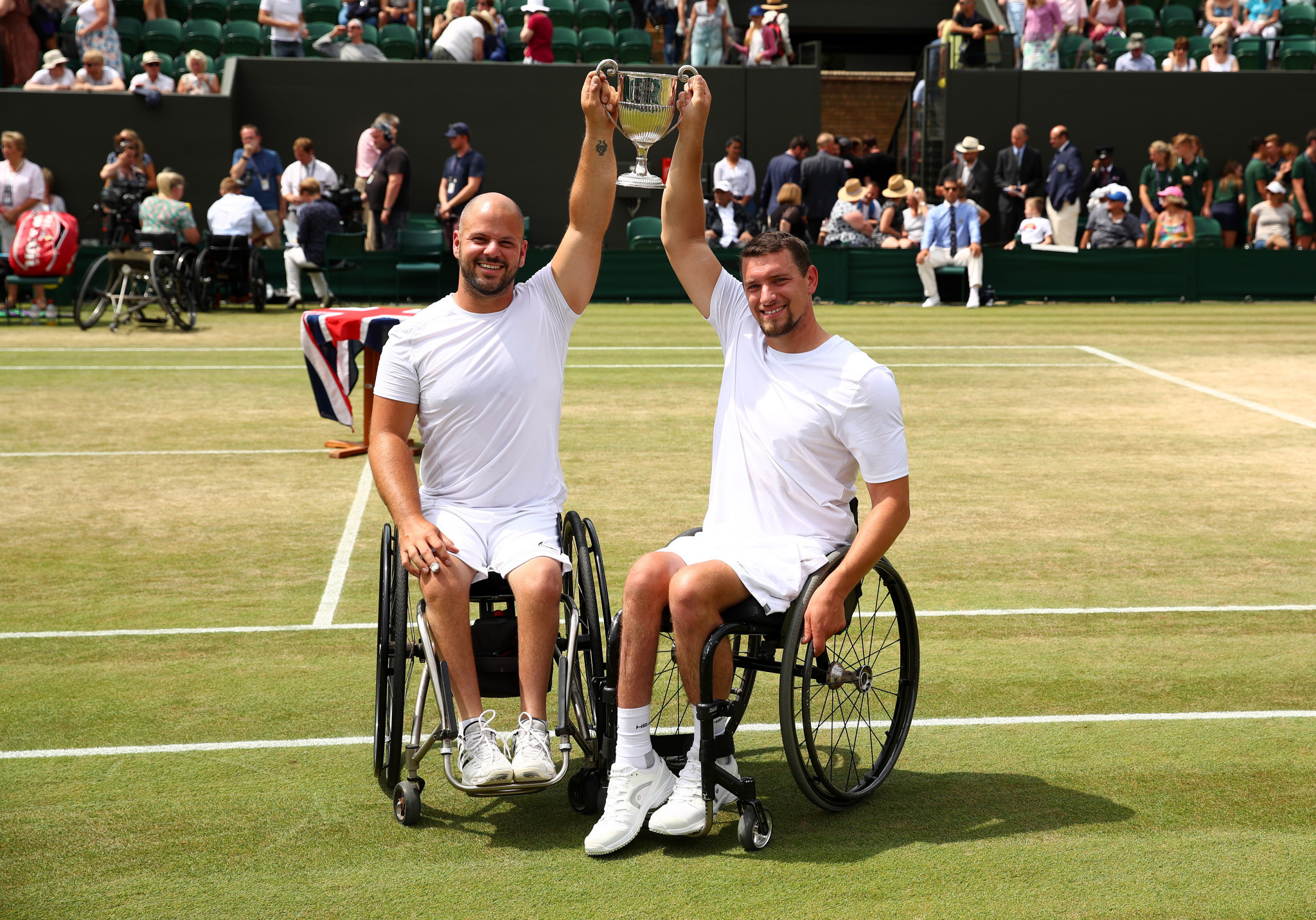 Doubles partners Joachim Gerard and Stefan Olsson remain on course to meet in the Belgian Open wheelchair tennis final after winning their quarter-final matches in Jambes.

Top seed and home favourite Gerard breezed to victory in his last eight International Tennis Federation One Series clash at the at the Geronsart Tennis Club , losing just one game on his way to a 6-0, 6-1 triumph against Japanese eighth seed Takuya Miki.

He is now set to face Belgian compatriot Jef Vandorpe in the semi-finals after the unseeded player defeated Agustin Ledesma of Argentina 7-5, 6-2.

Swede Olsson reached the last four with a 6-2, 6-1 victory against sixth seed Kouhei Suzuki from Japan.

Colombia's Angelica Bernal knocked out second seed Sabine Ellerbrock from Germany 6-4, 6-4, to reach the semi-finals of the women's singles.

She is now scheduled to face world number 10 and rising star of the women's game Zhenzhen Zhu in the last four after she defeated Chinese compatriot Hui Min Huang 5-7, 6-2, 6-2.

Top seed Marjolein Buis of The Netherlands made light work of Argentina's Maria Florencia Moreno in a 6-1, 6-2 triumph.

She is due to face Japan's Manami Tanaka in the semi-finals after recording a 6-3, 6-2 win against Dutch player Michaela Spaanstra.

Compatriot Sam Schroder's bid for glory in the quad singles continued with a 6-3, 6-3 quarter-final victory against Shota Kawano of Japan.

He will face Canadian Robert Shaw in the last four after he won 7-6, 6-4 against South Korean Kim Kyu-Seung.

Australian Davidson reached the last four with a 6-3, 6-1 victory against Brazil's Ymanitu Silva.