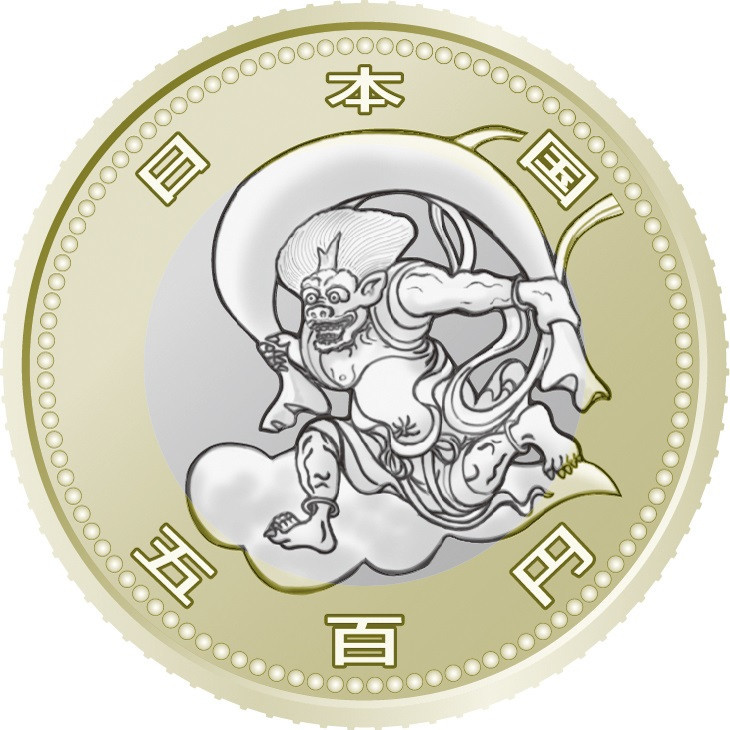 The designs of two JPY¥500 (£3.86/$4.68/€4.22) commemorative coins celebrating next year's Olympic and Paralympic Games in Tokyo have been selected.

As reported by The Japan Times, the Finance Ministry announced that works depicting the famous gods of wind and thunder have been chosen.

The pair of drawings are based on the "Fujin-Raijin-zu Byobu" - Wind God and Thunder God Screens - which was painted by Tawaraya Sōtatsu in the 17th century and is registered as a national treasure.

The Japan Mint solicited votes through Twitter and postcards, and accepted ballots in person at five venues in Tokyo, Osaka, Saitama and Hiroshima.

Voting was held for two weeks in the middle of June.

"It was our first attempt to choose a coin design via a public vote, so we hope the coin will contribute to the excitement around the 2020 Tokyo Olympic and Paralympic Games," a Finance Ministry official was reported as saying by The Japan Times.

"The three options were all excellent designs.

"As the public chose the wind god and thunder god for the coins, we hope everyone will treasure the coins for many years to come."

The coins are scheduled to be available at banking institutions across Japan from around next July, the same month in which the 2020 Olympics begin.