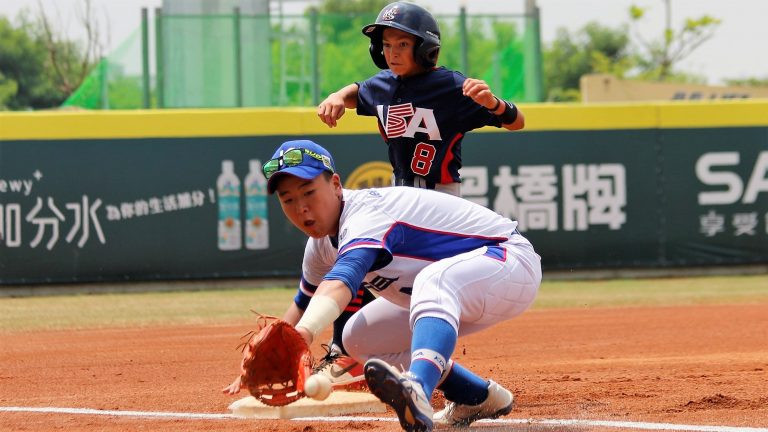 The United States came from behind to beat South Korea 12-11 as the opening round of the World Baseball Softball Confederation (WBSC) Under-12 Baseball World Cup in Taiwan concluded today.

It was nothing more than a consolation win for the defending champions, who sensationally suffered elimination yesterday after losing 2-1 to Mexico at the Tainan Asia-Pacific International Baseball Stadium.

Today's Group B game had been re-scheduled due to rain but regardless of the outcome, they could no longer break into the top three to reach the super round with all other group matches already complete.

The US and South Korea combined for 18 hits and five errors, while a total of 11 pitchers stepped to the mound.

Dillon Adkins batted in the go-ahead run in the top of the seventh inning.

The super round is set to begin tomorrow with countries meeting the qualifiers from the other group.

The top two sides at the end of the super round will compete for the gold medal on Sunday (August 4).

The home team defeated Peru 3-2 in the final at Gueiren Baseball Stadium in Tainan.

Czech Republic earned the bronze medal after overcoming Indonesia 8-1 in the third-place playoff.

The Under-12 Softball World Cup is a newly-launched mixed team event designed to further boost gender equality across all WBSC disciplines.

"We have to keep thinking outside the box and breaking barriers.

"We are now not only the only International Federation and global sport to have a World Cup for the under-12 category, but also in a mixed team under-12 format.

"With equal number of boys and girls playing in a team, we have true gender equality."