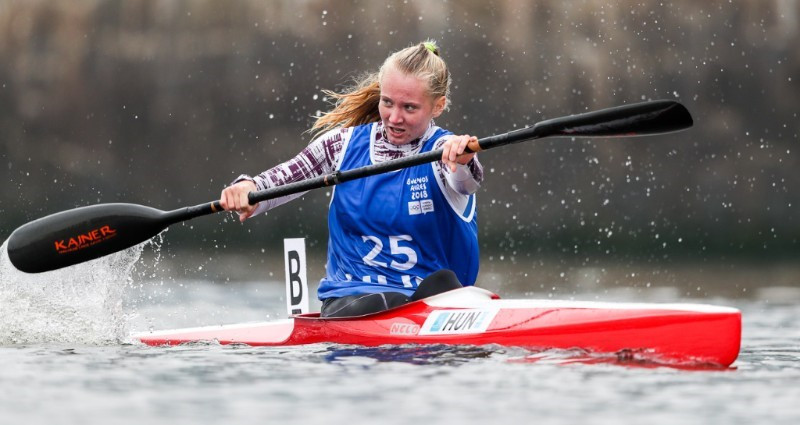 The Olympics – whether in Tokyo 2020 or further afield – will be in the minds of the world's best young sprint canoeists in Romania this week.

The 2019 International Canoe Federation (ICF) Junior and Under-23 Canoe Sprint World Championships will take place in Pitesti, from tomorrow until Sunday (August 4).

Athletes from more than 60 countries will take part, including several already established and successful at senior level.

Russia’s Ksenia Kurach is the reigning C1 500 metres world champion, and her battle with Alena Nazdrova of Belarus in the under-23 event will be one to watch.

Australia’s Thomas Green has made senior K1 1000m World Cup finals this season and is the favourite, while Germany’s Conrad Scheibner will defend the C1 1000m title he won at the 2018 Under-23 World Championships in Plovdiv.

"It's a super promising team with a lot of rising stars in our country at the moment and it’s going to be really good to get some race practice before the Olympic qualification in Szeged," the 23-year-old Fitzsimmons said.

"It is my last Under-23 World Championships, I’ve had some great memories through juniors and it’s developed me into the paddler I am today so fingers crossed we can finish it on a positive note to give us some confidence leading into senior worlds."

In the junior events, one of the most eagerly anticipated clashes will see Canada's Sophia Jensen, a double winner at last year’s world championships, take on Summer Youth Olympic Games (YOGs) gold medallist Gulbakhor Fayzieva of Uzbekistan and runner-up Laua Gonczol from Hungary.

In the women’s junior K1 the three medallists from the YOGs in Buenos Aires, Eszter Rendessy of Hungary, Katarina Pecsukova of Slovakia, and Stella Sukhanova of Kazakhstan, will again go head-to-head.

The silver and bronze YOG medallists in the C1, Islomjon Abdusalomov of Ukraine and Jiří Minařík of the Czech Republic, are also competing.