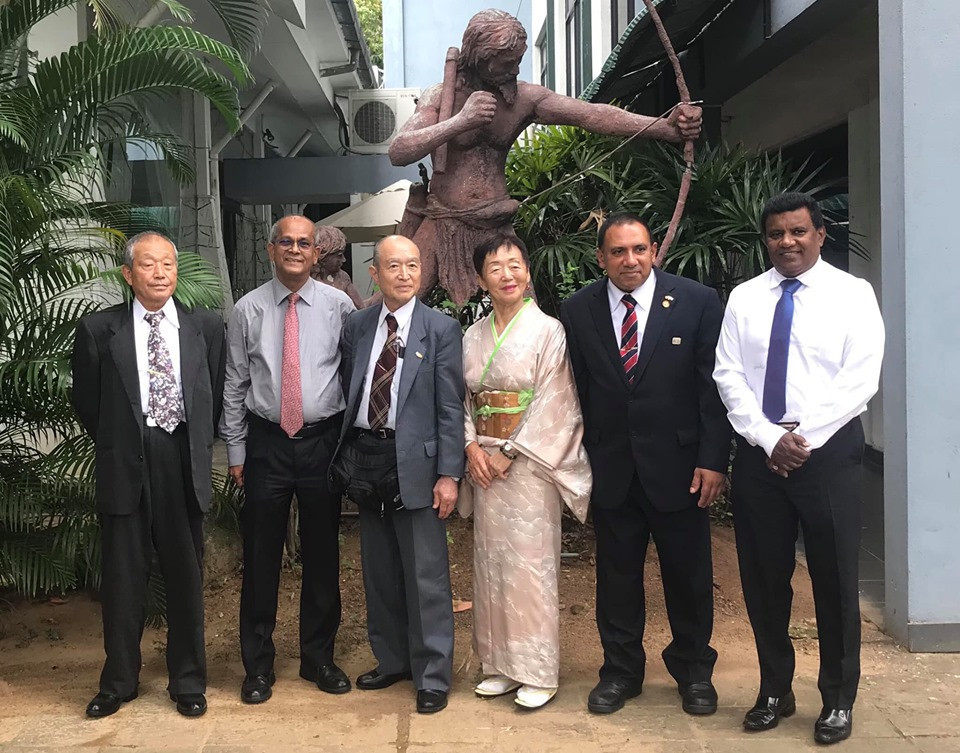 The National Olympic Committee of Sri Lanka (NOCSL) has welcomed a delegation from Hashima City to its Olympic House headquarters to formulate plans for the country’s team’s training camp in Japan prior to Tokyo 2020.

They and their team met with NOCSL secretary general Maxwell de Silva and member Gamini Jayasinghe to discuss the arrangements.

Hashima City is located in Gifu Prefecture and has a population of 70,000.

As reported by Daily FT, the path between Japan and Sri Lanka was coordinated by the founder and chairman of the Japan-Lanka Friendship Association, Lal Thilakarathne.

Last July, the two Tojis delivered a note of thanks from Hashima City Mayor Satoshi Matsui to Buddhika Pathirana, the Deputy Minister of Industry and Commerce in Sri Lanka.

It was mainly in appreciation of Pathirana’s visit to Hashima City earlier that year, as the Sri Lankan coordinator in the "Hashima City Host Town – Executive Committee for Tokyo 2020".

An agreement has previously been signed between Hashima City and Sri Lanka’s Ministry of Sports to provide professional coaches from the former to train Sri Lankan athletes.